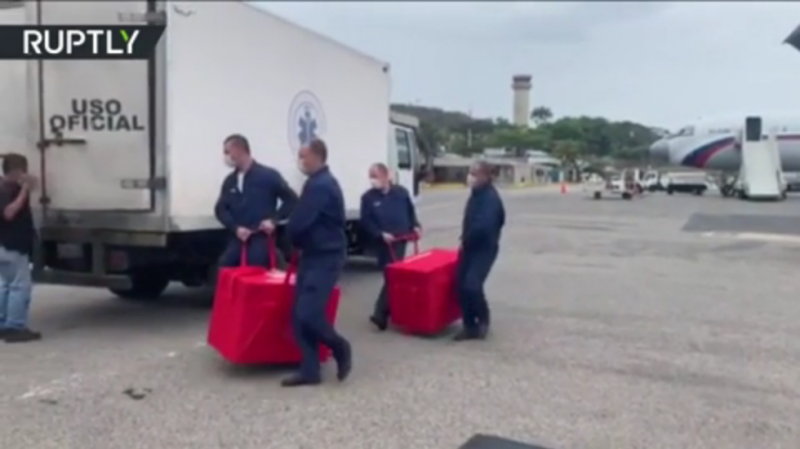 “We are the first country from the Western Hemisphere which will start the Phase III trial of this vaccine against Covid-19,” Venezuelan President Nicolas Maduro tweeted, expressing his gratitude to Russia.

Red crates containing doses of the Sputnik V vaccine to immunize 2,000 people arrived at the Simon Bolivar International Airport in Caracas on Friday. Vice President Delcy Rodríguez accepted the cargo during a short welcome ceremony, after which it was moved to a lab.

“On behalf of President Nicolas Maduro and the Venezuelan people, we thank our sister Russia and President Vladimir Putin,” she tweeted.

The vaccine, nicknamed after the USSR’s first space satellite, was registered in Russia in August, before a large-scale Phase III trial of the drug was conducted. The decision was criticized by some Western nations, who called it reckless.

Moscow said the medicine was based on a time-tested platform successfully used for other vaccines, assuring its safety.

The batch delivered to Venezuela is part of a post-approval trial, which involves some 40,000 volunteers and is conducted with the help of some of Russia’s foreign allies. The results of the study are expected to be reported within two months.