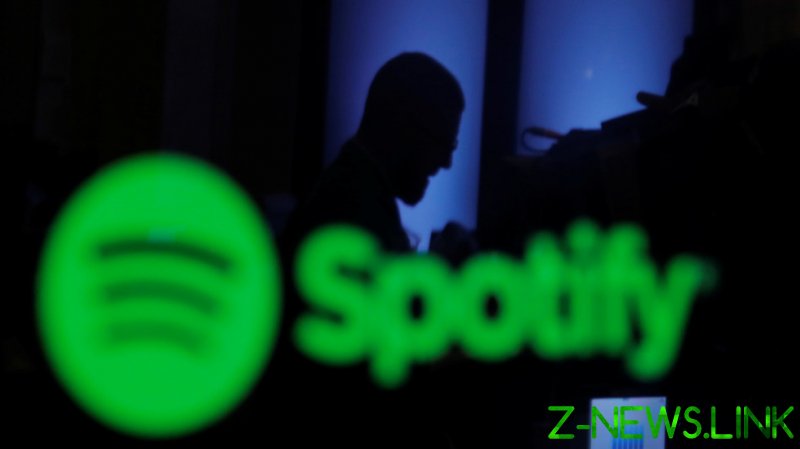 A few years ago, Spotify filed a patent describing how its app could benefit from speech recognition. The technology is not unlike what every digital assistant does – it constantly listens to the environment and picks up speech. But instead of translating words into commands and search queries, Spotify’s version will decipher cues as to what music people would like to listen to.

Hear a sad young woman cursing about opening the last bottle of wine? Serve her some moody ballads. A couple of guys calling each other the N-word and laughing about it? Hip-hop it is.

At least, that would be our guess at how the system would work. We all know the rosy promises of AI-aided easy living are unlikely to live up to expectations. The patent, which was approved in January, suggests only a long list of metadata that could be guessed from digital snooping, including a speaker’s emotional state, gender, age, accent, physical environment, and so on.

What Spotify perceives as a path towards better service, greater market presence and bigger revenues, however, others see as a potential affront to human rights. Access Now, a digital rights group, lashed out at the company this week, calling on it to abandon its rollout of the technology.

The advocacy organization raised four major concerns. Two of them – data security and invasion of privacy – are obvious and not specific to Spotify’s proposed use of speech recognition, but the other two are directly linked to the music-streaming business.

Predicting moods and choosing playlists accordingly would allow Spotify to manipulate users’ emotions, Access Now has warned. The service “has an incentive” to do so in a way that keeps people using their platform, “which could look like playing on a person’s depression to keep them depressed.”

The example given does indeed sound disturbing, but it’s not like other companies haven’t explored ways to hook up people to their products and affect their behavior in some way. Facebook, for instance, infamously ran an experiment in 2012/13 on manipulating its users’ emotions by altering their news feed. And its founding president, Sean Parker, openly said that the social network runs on “exploiting a vulnerability in human psychology.” It seems no one is innocent in today’s dopamine-soaked online race for people’s attention.

But the last criticism Access Now has voiced against Spotify is as 2021 as it can be. Inferring a person’s gender based on their voice is inherently “discriminating against trans and non-binary people,” the group said. Moreover, gender-based prediction “will create gender filter bubbles based on simplistic, outdated ideas of gender determinism.”

So, no sad ballads for you, sad lady, but racial profiling of Tupac fans is probably still OK?

Access Now is an international non-profit, though much of its funding seems to be coming from Sida, Sweden’s government agency for development cooperation.

Spotify’s patent application doesn’t necessarily mean the company will be implementing the technology in practice. On the other hand, the necessary infrastructure for in-home snooping is already there. Alexa, guess which song we want to hear next!