Home / WORLD / Spotify employees flexing muscles to CENSOR Joe Rogan are getting their revenge, even if it means killing their cash cow

Spotify employees flexing muscles to CENSOR Joe Rogan are getting their revenge, even if it means killing their cash cow 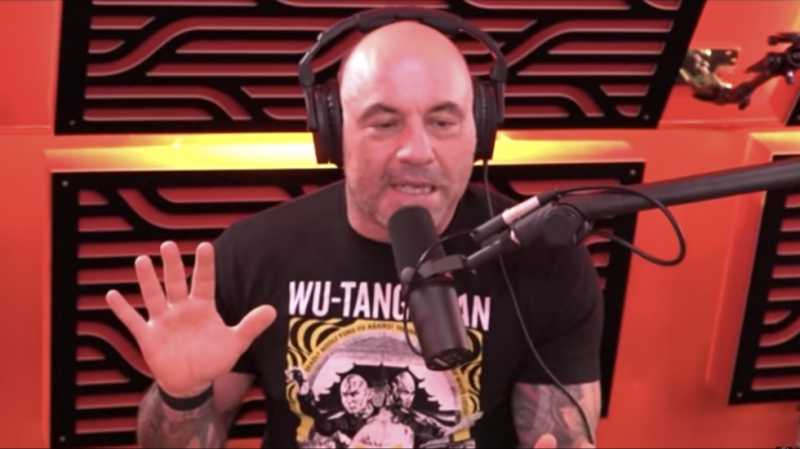 Rogan issued a groveling apology via Instagram last week for claiming during a conversation with British conservative commentator Douglas Murray that “left-wing people” had been arrested for lighting forest fires in Portland. Amplifying the rumor already circulating among conservative outlets was “definitely a mistake” and “very irresponsible,” a downcast Rogan stated.

“Don’t apologize to these LIBTARDS,” one Instagram commenter pleaded.

The mea culpa did nothing to pacify the coterie of Spotify employees whose demands for direct editorial oversight of Rogan’s content were recently made public, either. The company has reportedly held more than 10 internal meetings to complain about his alleged transphobia since paying a rumored $100 million for an exclusive deal with the popular podcaster.

Rogan’s unapologetic opposition to male-born athletes competing in women’s sports is well known and reliably comes under attack from crusading social justice warriors every time his name surfaces in the news – most recently for his offer to host a marathon debate between President Donald Trump and Democratic challenger Joe Biden. But the recent apology was limited to the wildfire comment – not transgender issues.

For the media establishment to excoriate Rogan for rumormongering about leftist arsonists makes even less sense, given the freewheeling tone of his podcasts. As fans pointed out, he has repeatedly warned his show is not a news source. One or both participants is frequently drinking or smoking something, and the three-hour conversations often veer into fanciful musings on extraterrestrial life, conspiracy theories, and the realms of the imagination. Hammering him for not fact-checking an offhand comment echoing a rumor already circulating all over the conservative infosphere belies a severe misunderstanding of his content.

Adding insult to injury, many of the outlets that pounced on Rogan for pinning the wildfires on rampaging lefties regularly amplify unfounded claims themselves. The entire Russiagate phenomenon, for example, wouldn’t exist without the media signal-boosting evidence-free, frequently anonymous claims that everything wrong with America can be traced back to the Kremlin.

Unfortunately for Rogan, showing weakness in front of ideological bullies only encourages them. Apologizing for an offhand comment about the supposed political affiliation of the arsonists caught setting fires in Oregon and Washington while under attack for unrelated wrongthink is like going swimming in shark-infested waters while bleeding from a dozen paper cuts.

Worse, Rogan’s new masters at Spotify seem intent on refashioning the wildly popular podcast to suit their own aims. Dozens of episodes featuring conservative figures had already disappeared when his new channel appeared on the platform earlier this month, including conversations with often-censored figures such as right-wing provocateur Milo Yiannopoulos and Proud Boys founder Gavin McInnes. One of the missing episodes, featuring fringe pundit Alex Jones, was the second-most popular podcast of Rogan’s career. The host hasn’t publicly commented on the missing episodes.

Ironically, an earlier conversation between Rogan and Murray began with the pair expressing shock that a YouTube user had been given a community-guidelines “strike” for “hate speech” just for adding a podcast featuring Murray to his YouTube playlist. At the time, Rogan lamented “how squirrelly things have gotten lately, with the way people interpret conversations about ideas.” His uncharacteristic silence – and apologies – in 2020 suggest the $100 million paycheck he reportedly received to move to Spotify has convinced him to embrace his inner squirrel.

As censorship across social media platforms ramps up to levels that would have been considered absurd even six months ago, with YouTube vowing to ban content it believes stems from hacking and Facebook essentially hinting it will go dark if November’s election result is uncertain, the popularity of comparatively open-minded podcasts such as Rogan’s is understandable. But even the most forgiving of audiences won’t stick around if he continues to sand off the rough edges that got him to the top in the first place. If Spotify gets its victory, it’ll be left with a worthless investment.