Sports officials are campaigning for the introduction of a second weighing 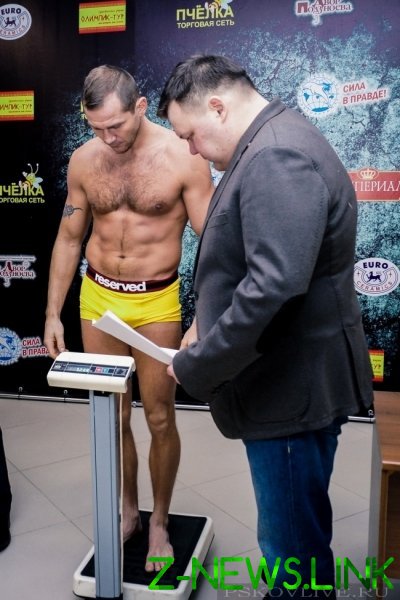 The Executive Director of the California Athletic Commission, Andy foster continues the study of quantitative loss and weight gain boxers and MMA fighters and agitates my colleagues for the introduction of a second mandatory weigh-in the day of battle, on which the weight of the fighters may not exceed the contract weight of the fight by more than a certain value and to impose sanctions for violation of this standard. Last year, foster suggested a limit of 10 percent of the limit of the weight category. (Photo British boxer Ryan garner(link is external), which met the limit at the weigh-in, but then fainted, unable to get off the stage).

Andy foster, who is also the head of the medical Committee of the Association of Boxing Commission (ABC), made a report to the Congress North American Boxing Federation (NABF), which was attended by several Board members of the WBC.

“Reform of the weighting brewing — quoted foster the Los Angeles Times. — We will formulate the conditions and discuss it by themselves or something [bad] will happen and someone else will do it.”

The sports Commission of California has started to collect data about the weight of boxers and MMA fighters on the morning of the battle in 2016, and their research shows that 635 1594 of boxers and MMA fighters 598 of 1178 restored more than 8% of the weight they posted on the official weigh-in on the eve of battle. And 8% is considered by researchers as a threshold showing that the fighter actually is not his weight class. According to foster, the intensive weight loss, on the one hand, hazardous to health, as some dehydrate themselves to the critical limits, and on the other gives an advantage to those who restore a significant part of the weight in combat weighs considerably more than the opponent.

See also:  Tsurenko did not finish the 1/4 final match in Birmingham

“The time to act. Although the men because of the high fees, can go to a greater weight loss than more weight loss, the greater the risk, said foster, who plans to present the research results and recommendations at the annual Convention of ABC in July. — You need to listen to me, because we have two competitions — the first who recovers better weight and better herding, and, second, who will win the battle. And the weigh-in, which is not the most dangerous element of the battle just becomes so. It has become a medical and competitive issue and we need to pay attention to it”.

Foster proposes to impose a penalty of up to 20 percent of the fee for those fighters who are clearly not his weight class.