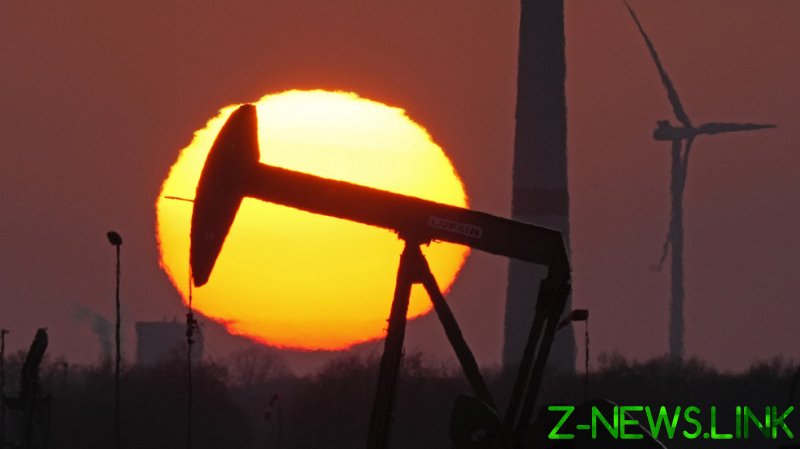 Speaking to reporters following a meeting with fellow European Union members in Brussels on Monday, the Hungarian foreign minister said Budapest is unlikely to back penalties targeting Russian gas and oil, as they are liable to harm its own interests.

“An agreement on possible EU sanctions against Russian energy supplies or their interruption will most likely not be reached,” he said, adding that “We will not support any sanctions that could pose a risk to energy supplies to Hungary.”

Some countries are dependent on Russian energy supplies. We don’t do this for fun. Energy supply is not a philosophical or ideological question, but a physical, mathematical one.

The FM’s comments follow reports that the EU would meet to consider an all-out embargo on Russian energy, though the body was “split” on the issue after Monday’s summit, according to Reuters.

While Irish Foreign Minister Simon Coveney argued that it’s “very hard to make the case that we shouldn’t be moving in on [Russia’s] energy sector” given “the extent of the destruction in Ukraine,” he faced pushback from not only Hungary, but Germany and the Netherlands as well.

“The question of an oil embargo is not a question of whether we want or don’t want [it], but a question of how much we depend on oil,” Berlin’s foreign minister, Annalena Baerbock, told reporters, noting that some EU states cannot simply “stop the oil imports from one day to the other.”

Szijjarto also voiced concerns over other plans floated by EU and NATO members in recent weeks, including calls for a no-fly zone over Ukraine and an armed ‘peacekeeping’ mission to end fighting there, saying those issues must be discussed “clearly” as there is a “new war risk.”

“We must avoid that. Hungary’s interest is clear: Hungary wants to stay out of this war, we will stick to NATO’s common position and reject proposals that risk either an air war or an extended war on the ground,” he added.

The FM stated that while Hungary would not attempt to block other EU members from shipping additional weapons to Ukrainian forces, it also would not take part in such transfers itself, nor allow arms to cross its territory.

Though the Hungarian government has condemned Moscow’s attack on Ukraine and agreed to some sanctions, Prime Minister Viktor Orban has insisted that his country must “stay out” of the conflict and has repeatedly refused to support weapons shipments.

Moscow attacked the neighboring state in late February, following a seven-year standoff over Ukraine’s failure to implement the terms of the Minsk agreements, and Russia’s eventual recognition of the Donbass republics in Donetsk and Lugansk. The German- and French-brokered protocols were designed to regularize the status of the regions within the Ukrainian state.