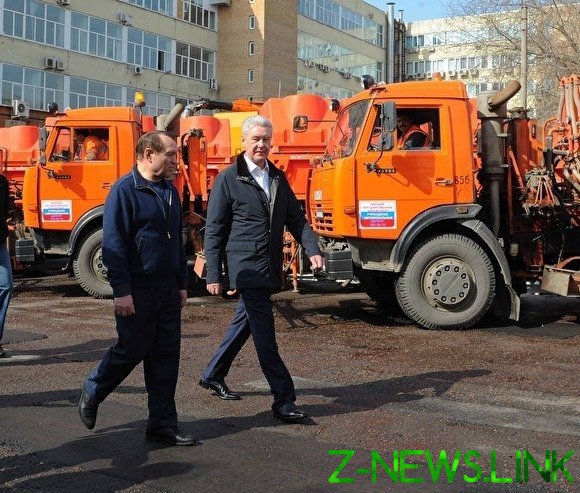 For 10 months of 2019 for the improvement of Moscow spent 281 billion rubles. This is more than the cost of construction of Crimean bridge, which cost 228 billion rubles, comparable to the budgets of the Krasnodar region, Tatarstan and Sverdlovsk region, according to “Vedomosti”.

Just for the beautification of the capital since 2011, the government spent more than 1.5 trillion rubles, according to the budget of Moscow. About the same for the improvement of spent the rest of Russia (1.7 billion rubles).

The priority of the new leadership in Moscow in 2010 was named the development of infrastructure, Sobyanin correctly re-route the expenses of the budget on infrastructure, as it has evolved at a slow pace, said economist Natalya Zubarevich. But this increase of expenditures for the improvement she calls “not very normal”: for nine months the city had on 15% of all expenses of the budget, and they exceeded all expenditure on education. Zubarevich explains the income growth of the city: if in 2011 they amounted to 1.13 trillion rubles in 2020 are expected to reach 2.8 trillion rubles. “That now collects Moscow, is fantastic. The money was used for infrastructure, but it turned out that it to spend it is impossible. And spend had to leave the centre,” she said.

The Ministry of Finance and the mayor’s office has repeatedly tried to negotiate that the Federal government will collect no revenue for the city, told “Vedomosti” Federal official, but to secure such an agreement in law is not obtained, and to obtain firm guarantees Moscow not.

“Moscow has a very strong financial position due to the growth in tax revenues, which is free money. While the improvement is a cost item where you can quickly show the result. It is possible coincided with the desire to demonstrate how Moscow authorities care about the residents, this business card”, — says senior Director Fitch Vladimir Redkin.