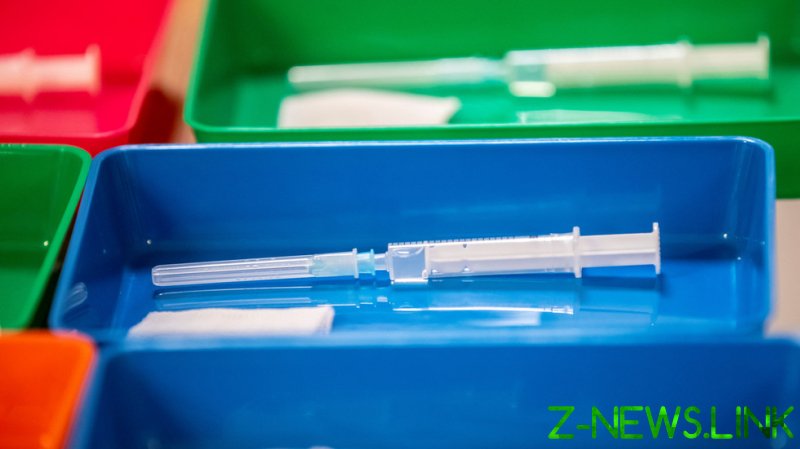 The Times ran a story on Saturday in which it reported that some health experts were “worried” by the British government’s decision to “open the door” to using two different Covid-19 vaccines when inoculating individuals. According to the new guidance, “every effort should be made” to use the same vaccine when administering the first and second dose of the drug, but mixing brands is allowed if there is supply shortage, or if it’s unknown which vaccine was used for the first dose, the paper explained. However, mixing doses should only be done if “the individual is likely to be at immediate high risk,” it added, citing the government’s updated vaccine protocols.

Britain has granted emergency approval to two coronavirus vaccines, the Pfizer/BioNTech jab and a homegrown variant created by AstraZeneca in collaboration with Oxford University.

Apparently, the Times’ characterisation of the policy rubbed the Spectator the wrong way, as it fired off a seething blog post denouncing the paper’s “vaccine clickbait.”

“The New York Times really does have it in for poor old Britain, doesn’t it? Not content with portraying Brits as boiled mutton eating swamp dwellers, America’s liberal paper of record is now suggesting we’re being pumped full of a dangerous cocktail of Covid vaccines,” the Spectator’s terse retort began.

The UK outlet then endeavoured to inject some “reality” into the Times’ report, noting that “a different second dose will only be considered in very limited circumstances where there is an ‘immediate high risk’ to health” – a fact which doesn’t appear to be disputed by the American newspaper.

Going a step further, the Spectator wrote a social media post in which it emulated Twitter’s controversial fact check policy.

“This claim is not based on fact and is being shared by an unreliable source,” its tweet read, linking to the NYT story.

The stunt elicited cheers from many on social media, who said the call out was long overdue.

Others said that while the Times’ article may be technically factual, it presented the information in a way to drum up panic and hysteria to make it appear the government was recklessly pursuing an unsafe inoculation regime.

There were plenty of others who accused the Spectator of hair-splitting, however, noting that the Times explained that mixing vaccines was an emergency measure reserved for extreme cases.

Others joked that the conservative UK outlet was just bitter because the NYT made the Tory government look bad.

Britain has expressed concern that it may soon run out of Pfizer doses, which could potentially create conditions where vaccine mixing becomes more likely, but the company insisted that there were no shortages of the drug in the UK and that deliveries were on schedule.