Home / Video news / Spectacular footage of the detonation of a stadium in the United States. Video

Spectacular footage of the detonation of a stadium in the United States. Video 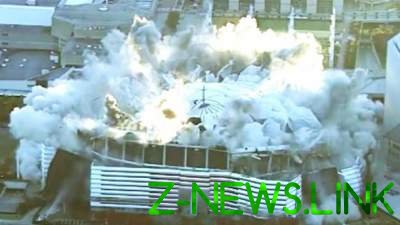 In the US, demolished football stadium.

Monday, November 20, at the American Atlanta, Georgia, was destroyed by one of the largest indoor stadiums in the USA – the home arena of the local team of American football “the Georgia dome”.

So, for the dismantling of the building, able to accommodate 71 250 thousand spectators, it was used 2.5 tons of explosives.

The process of dismantling the football stadium took just 15 seconds. So, 12 seconds after the explosion, the roof collapsed, and after 3 seconds hit all the stands.

See also: One of the streets of Kharkov in smoke: burning building. Video

Note that the stadium decided to dismantle because acknowledged obsolete. It was replaced by the scene of the Mercedes-Benz Stadium, located 100 meters from the “Georgia dome”. Add that to the new stadium has not received damage from the explosion was set to high screen.