Home / Video news / Spectacular footage of the detention of accomplices of “thief in law” in Odessa. Video

Spectacular footage of the detention of accomplices of “thief in law” in Odessa. Video 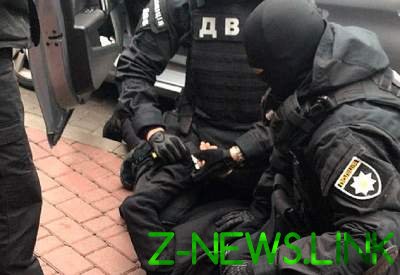 In Odessa detained two malefactors who at the end of spring 2017 near the street Gagarin plateau shot the car.

About it reported in Department of communications of the National police.

In the car during the fire were two men – they survived. Subsequently, the police identified the attackers and started investigation.

Criminals was a 30-year-old professional athlete of MMA, the native of Republic Dagestan and the 31-year-old previously convicted for robbery Odessa, who have long been engaged in Boxing.

The detainees were part of a criminal gang, which in the past have controlled dead in Istanbul “thief in law” nicknamed Rovshan Lankaran.

The police said that the detention of young people tried to resist the police.

At the place of residence of the detained were searched. In their conduct, seized three guns and ammunition, smoothbore shotgun, five mobile phones and two cars of elite class.

The court chose to the detainee a measure of restraint in form of detention with the right to bail: Ukrainian – 56 thousand hryvnias, the Chechen – 128 thousand hryvnias. The detainee is threatened by imprisonment for a term of three to seven years.