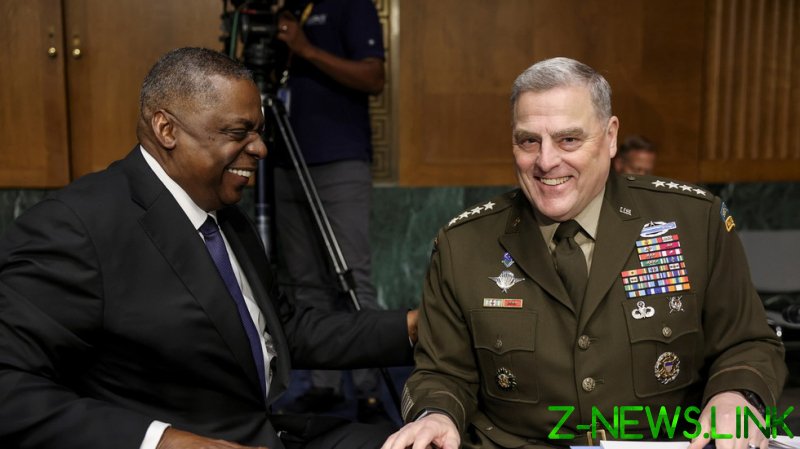 Richard Torres-Estrada, appointed chief of diversity and inclusion for the US Special Operations Command (USSOCOM) in early March, lasted about a week in that role before an investigation into his social media output found a doctored image of Adolf Hitler and Trump holding up Bibles, as well as other Trump-disparaging and race-baiting material.

However, three months later, the Department of Defense cleared Torres-Estrada to return to work, claiming that his social media antics broke no DOD rules.

As chief of diversity and inclusion, Torres-Estrada will once again be able to make recruiting decisions. By way of explanation, a USSOCOM spokesman insisted that the DoD was “specifically prohibit[ed]” from screening social media accounts of would-be civilian employees, and thus must have missed the offensive posts. The explanation would make applicants for Pentagon posts a very rare group indeed, to be able to dodge a probe into one’s public social media trail – especially for an elite command that includes the Navy SEALs and the Army’s Delta Force.

USSOCOM commander Richard Clarke demanded an investigation into Torres-Estrada’s posts as the scandal broke. The investigation’s contents were not made public, however, and it made little sense in light of the spokesperson’s emphatic reiteration that screening the social media accounts of employment candidates was off-limits.

The US military has experienced tough times amid the transition from Trump to current president Joe Biden. The new Secretary of Defense Lloyd Austin embarked on a supposed effort to root out all “extremists,” charging a newly formed Countering Extremist Working Group to design additional screening procedures for the uniformed personnel. The group is run by a controversial activist Bishop Garrison.

Austin also pledged to prioritize crimes against sexual orientation and gender identity, saying that the Pentagon will strive to “create a safe and supportive workplace for everyone.”

In a March memo, the Defense Department said it would “consider the impact of programs funded by DoD on human rights, including the rights of LGBTQI+ persons, when making funding decision.”