Home / policy / Speaker of the state Duma Vyacheslav Volodin: “after Putin will be Putin”

Speaker of the state Duma Vyacheslav Volodin: “after Putin will be Putin” 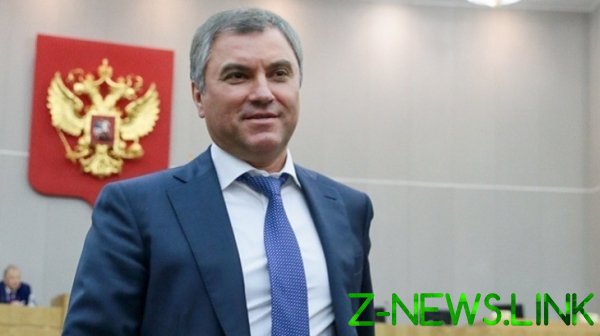 Speaker of the state Duma Vyacheslav Volodin, answering the question, whether he agrees with the fact that constitutional amendments needed to create the system “after Putin”, said that “Putin after Putin”. “If we are talking about a strong Russia after Putin will be Putin. All that after President Putin is going to happen, will happen on the patterns that he laid. Russia can only be strong. Putin did. He established a system that makes Russia stronger every year. That is all that he laid the Foundation of a creating, the future will necessarily work, and it will draw the subsequent President. Will be the successor of all that he’s created,” said Volodin in interview “to the Newspaper.ru”.

In his opinion, “amendments to the Constitution were made not specifically for man.” But the amendment is about zeroing presidential terms of Vladimir Putin, according to Volodin, “not the amendment one [Valentina] Tereshkova”: “It’s all lived in the mind, and it was a topic that was extremely important. It is, incidentally, extremely important for the opposition factions. Opposition factions understand that there is no stronger candidate”.

Vladimir Putin signed adopted by the state Duma and Council of Federation the law on amendments to the Constitution several dozen amendments on 14 March. Two days later, the document was approved by the constitutional court. The next step is the all — Russian vote on the proposed amendments, which will take place on 1 July. This day is declared a holiday. A key amendment would allow Putin to run again for President and be in power until 2036. Among other amendments — the Constitution’s mention of God, the Russian language as the language of the “constituent peoples” and prohibition on “falsification of history”. In addition, the amendments provide the redistribution of powers between the branches of government, the priority of Russian laws over international law, enshrines the concept of marriage as the Union of man and woman.