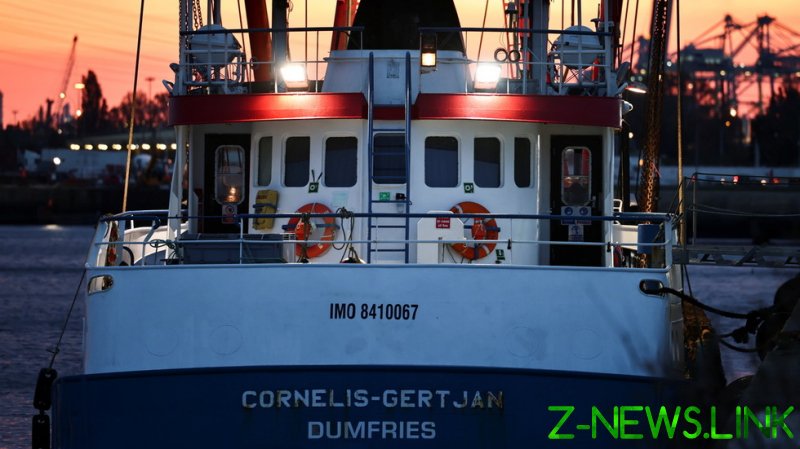 The issue of fishing rights is “a test of their credibility” for UK Prime Minister Boris Johnson and his government, Macron told The Financial Times.

Macron said he himself had “never created pointless controversy” during post-Brexit disputes with the UK. While the French president claimed there was “no tension” over fisheries, he said the matter is important to both London and Paris. “We are talking about the life of our citizens.”

Under the 2020 UK-EU trade deal, French boats were allowed to continue catching fish in British waters of the English Channel if they obtained a license. However, the island of Jersey, a self-governing dependency of the British Crown, has denied licenses to dozens of French ships, angering Paris.

France threatened to hit the UK with economic sanctions unless the dispute is resolved by November 2, and floated the option of cutting power supply to Jersey in the future.

On Wednesday, French authorities detained a British scallop dredger they said was operating without a license off the French coast in the Bay of Seine. Though French Maritime Minister Annick Girardin said the trawler was subjected to a regular inspection, she was clear that the incident fell into a broader context of the ongoing row with the UK. “It’s not a war, [but] it’s a fight,” Girardin told RTL, decrying the British policy as “unacceptable.”

Jersey’s local government claimed their licensing procedures were in accordance with the existing agreements. Johnson said he was “puzzled” by France’s threats and vowed to protect British interests.

A UK government spokesperson said French sanctions would be a breach of the trade deal with the EU. London will consider launching dispute proceedings if the restrictions are implemented, the spokesperson added.

Macron and Johnson are attending a G20 meeting in Rome on Saturday.