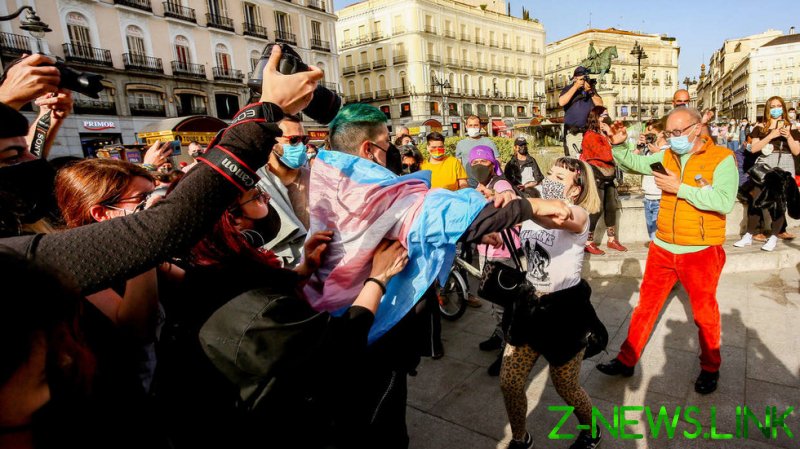 The two-hour event, which took place in the gay-friendly Chueca neighborhood of Madrid on September 18, involved a large group carrying flares and far-right signs, shouting homophobic and racist slurs, and displaying symbols connected with extremist right-wing groups in Spain.

The march was surrounded by riot police and National Police officers. The group is believed to have secured permission to hold the event by telling officials it would be a protest about sustainable development, according to local reports.

The Madrid prosecutor’s office did not provide a timeline for its investigation, but it has already requested reports from police and government officials in the area on the matter.

Spanish Equality Minister Irene Montero derided the protesters, describing their actions as “homophobic and racist” and demanding that those behind it are held accountable for their actions.

Alongside her condemnation, Montero highlighted the government’s work to swiftly introduce a law protecting the rights of LGBT+ individuals, stating that they “are not alone.”

The government has previously pledged to create a specialized group in the Interior Ministry and police to tackle rising hate crimes.

The problem of homophobia and hate crimes in Spain has been in the spotlight since a man was brutally beaten to death in Galicia back in July, allegedly over his sexual orientation. Four people have been arrested in connection with the killing. There have been more than 100 homophobic attacks in Spain this year, according to the LGBT+ rights group Madrid Observatory.