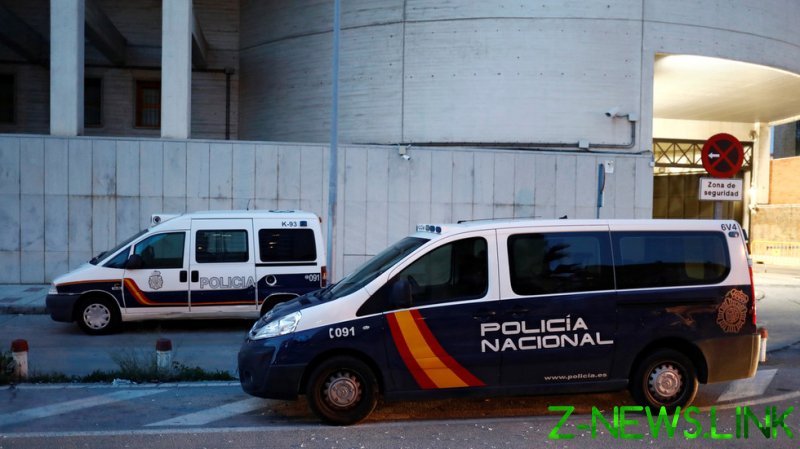 The National Police launched an investigation at the end of January after learning that an outbreak in a ‘well-known establishment’ in Manacor, a town on the island of Mallorca, may have been the result of an individual who tried to hide that he was infected.

According to authorities, the 40-year-old suspect was urged to go home by colleagues after showing symptoms of the disease. Once his work day finished, the man visited a medical center to receive a PCR test. However, instead of waiting for the results, the next day he went to the gym and showed up for work, even though he had a fever of over 40°C (104°F).

He was reportedly told by his boss to leave, an order which he refused. Instead, he walked around the premises, coughing while lowering his mask and telling co-workers: “I am going to give you all the coronavirus.”

After finishing work, he was informed that his PCR test had returned positive.

His colleagues were then tested to see if they had the disease. Five tested positive, who in turn passed the virus on to relatives, including three babies. At the gym that the suspect frequented, three people tested positive, and they also transmitted the illness to family members. In total, it’s believed that the man infected 22 people with Covid-19, eight of them directly and 14 indirectly. None of the cases required hospitalization.

The man was arrested on Saturday and is currently in custody.

This isn’t the first time that the threat of Covid-19 transmission has landed someone in legal trouble. In March, a man suspected of drunk driving in the Netherlands received 10 weeks behind bars after intentionally coughing on police who pulled him over. He claimed to be infected with coronavirus, but later tested negative.

In many countries, breaking quarantine or intentionally passing the virus on to others can result in hefty fines and prison sentences.