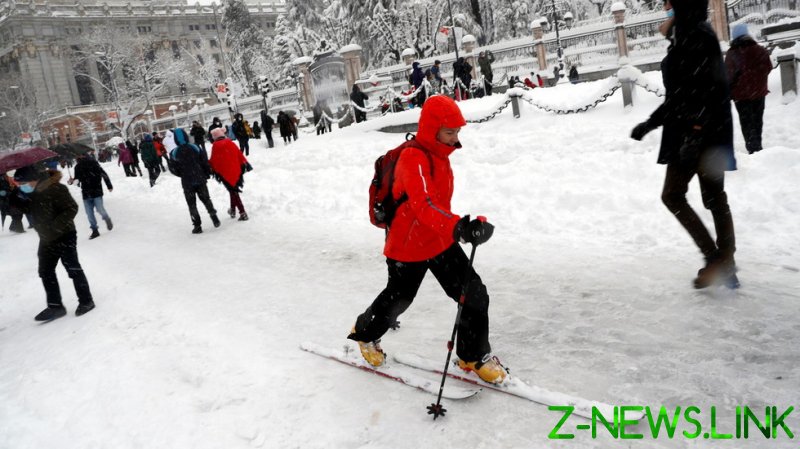 Storm Filomena, which buried Madrid under a record 50 centimeters of snow on Friday, became a disaster for the city.

The blizzard caused at least three fatalities in the city and nearby areas, Interior Minister Fernando Grande-Marlaska said on Saturday. A man and a woman drowned in a car after it was swept away by a swollen river, while a homeless person froze t death.

But, after coping with the initial shock, many city-dwellers rejoiced in the unusual weather conditions.

Videos on social media showed cheerful crowds engaging in massive snowball fights in the center of the capital.

Others featured people making their way around the snow-covered streets on skis, and even one person with a sled being pulled by dogs. Snowmen and other sculptures were made in various parts of Madrid.

The heavy snowfall led to the closure of Madrid-Barajas Airport and cut the capital’s high-speed railway connection with the southeastern cities of Alicante and Valencia.

Traffic inside Madrid was brought to a standstill. More than a thousand cars remained trapped in the snow for hours, with military deployed to help them out.