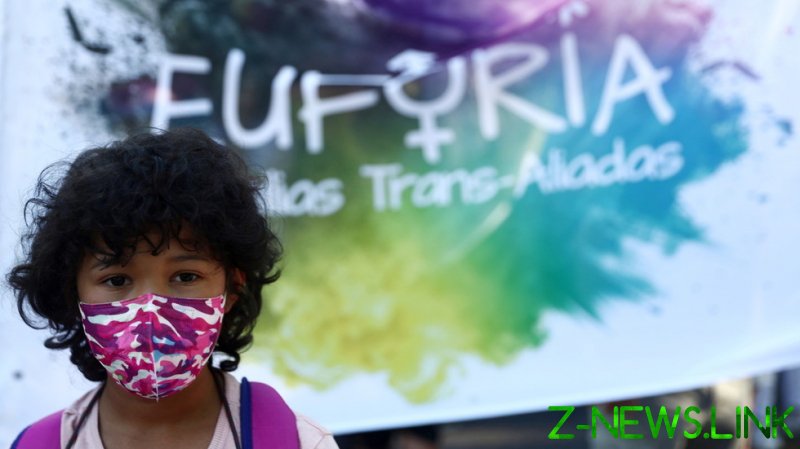 The approval of a draft law in Spain to allow children as young as 14 to change their legal gender without a medical diagnosis is a wildly irresponsible, politically charged and ill-considered move that fails those vulnerable youngsters who most need protection. It bestows what is a life-changing decision with the same level of gravitas as buying a bus ticket.

If Spain’s Equality Minister Irene Montero, the architect of the new bill, is serious about her claim that her party is “making history with a law that takes a giant step forward for the rights of trans and LGBTI people”, then she is deluded.

This is not about some imaginary trans rights that need protecting; this is about safeguarding children. Because once a child is allowed to change their legal gender because they feel like it, they then face some very grown-up decisions. If they’re serious about changing sex, then the next step is medical intervention, beginning but not ending with puberty blockers.

In the UK, the Tavistock Centre’s Gender Identity Development Service was taken to court by one patient, Keira Bell, for giving her puberty blockers when mental health support was what she really needed. The judges said they doubted the clinic’s youngest patients – some aged 16, others just 10 years old – could understand the implications of what amounted to experimental treatment with life-altering outcomes.

Maybe not all those Spanish 14-year-olds who choose to change their name and sex on an ID card will transition, but the medical professionals who deal with gender identity issues around the world are certainly encouraged not to deny any individual’s perception of themselves.

Clearly, that approach has fed into the liberal-left narrative around gender self-determination – and not just in Spain – and the irritatingly illogical mantra that “trans women are women”, as declared by UK activist organisation Stonewall, but the adult debate over gender theory is not what we are looking at here.

Once a child is allowed to change their legal name and gender, however, how is the rest of the world supposed to respond? Schools will be forced to deliberate over the use of toilets, uniforms and pronouns. Teachers and students, without exception, will be expected to fall into line and suspend everything they have previously held true about their own identity and that of others, all because Marco now wants to be Marta.

The ruse that gender theorists use is to unhitch the idea of gender from birth sex. Their argument contends that a doctor can’t differentiate a boy or a girl by glancing at genitalia – instead, it’s what’s inside the baby’s head that determines true gender. This is the central tenet of their argument – and I’m afraid it’s nonsense.

Ask Keira Bell. Now aged 24, Keira transitioned to a boy, Quincy, at the age of 16, taking puberty blockers, given testosterone shots and enduring a double mastectomy. But that wasn’t enough. As she said in an article she wrote recently, “The further my transition went, the more I realised that I wasn’t a man, and never would be.”

So, Keira – now possibly infertile, without breasts or the ability to breastfeed, with atrophied genitals, a permanently changed voice and facial hair – decided to transition back to being female. This has not been a pleasant journey for the young woman.

Transitioning from female to male and back again involves a series of hard decisions, all with potentially catastrophic consequences. Belgian Nathan Verhelst’s transition from female to male was so disastrous, the state health system that botched his multiple surgeries finally euthanised him in 2013, at the age of 44, so he could escape his misery.

This is the sort of consequence that can arise, so playing fast and free with gender is not something that politicians looking for a poll boost should ever consider, particularly when youngsters are in the mix.

The Spanish bill will allow those aged 16 and older to change their legal gender with a sworn statement, while those aged 14 and over can do so if supported by a parent or guardian – even though, as every parent knows, they would be emotionally powerless in such a situation. The original draft insanely suggested the age limit be 12 years old.

Let’s face it, if 14-year-old children are really equipped to make these life-changing decisions, then why not allow them to make the other big decisions in life, such as voting, driving or taking out a mortgage?

Just because countries like Denmark, Portugal, Norway, Malta and Argentina allow gender self-determination without a diagnosis of gender dysphoria doesn’t signal the start of a race to the bottom, and certainly doesn’t put Spain “in the vanguard of Europe” over the rights of LGBTI people, as Justice Minister Juan Carlos Campo boasted. It exposes a minority coalition partner as ruled by virtue-signalling opportunists held hostage by a fake ideology that they’re seeking to exploit for political gain.

The debate swirling around gender theory is raging not only in Spain, but also in the UK and the USA, where it has been challenged by alarmed parents and experts who face continual pressure to meekly acquiesce to little Alfonso’s demands he be sent to school in a dress or risk standing accused of breaching supposed trans rights.

To disagree with this does not make you a transphobe. It might make you gender critical, but that’s not a bad thing and, thanks to a recent UK tribunal hearing, it’s even a protected philosophical belief here. Feel free to wear it as a badge of honour and, if you have kids, then let them know where you stand.