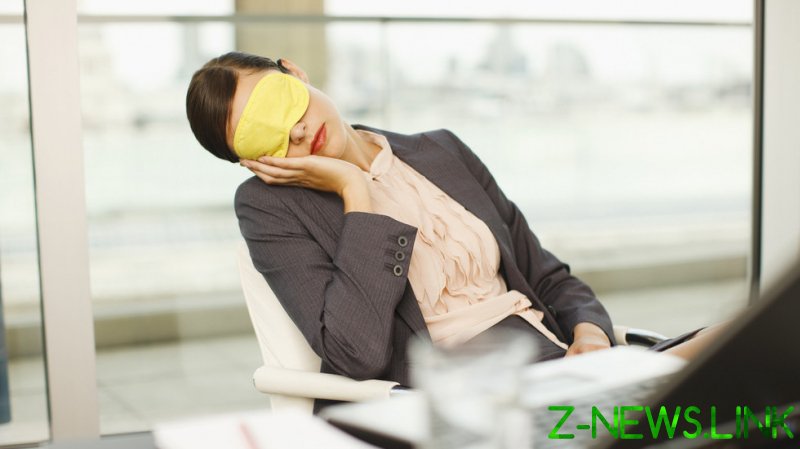 The idea of a four-day working week has been a long-held fantasy of the Left but now it looks like Spain will be the first European country to trial the idea while the rest of us stand back and watch the economy tank.

The government of Prime Minister Pedro Sanchez has doubled down on the plan by indulging the leftwing Más País party just as he has announced €7 billion (about $8.3bn) in non-refundable direct aid to the self-employed and to small and medium-sized enterprises.

Details of implementation are fuzzy although we do know the three-year pilot plan will cost around €50million ($59.5mn). In a video made for his Twitter account, Más País MP Íñigo Errejón claims that although Spain puts in more weekly working hours than the European average its productivity is not where it should be, and that fewer working hours would help this.

Because, for a start, that higher working hours claim is on somewhat shaky ground. Current Eurostat figures put the European average at 36.6 hours a week in Q3 of 2020 and Spain on 36.9 hours but this dipped to 36 in Q4 last year, with the EU27 figure still to be updated.

Its sluggish economic growth might have more to do with the way that Spain works. Because visitors from anywhere else in Europe, even close neighbours Portugal and France, cannot help but notice how the traditional working day unfolds in Spain, like one of those captivating traditional dances with some slow almost dreamy sequences followed by-some-really-fast-bits and then back to the slow stuff again.

The average Spaniard’s working day starts 90 minutes later than, let’s say, a German’s. When the Spaniard is just sitting down to lunch the German has been back at work for two hours and when they clock off at 5pm, the Spaniard is returning to work for another three hours.

Anyone who has ever tried to complete a simple administrative task in Spain will identify this idiosyncratic and often infuriating approach to completing the working day.

Maybe it has something to do with the fact that they’re in the wrong time zone. Geographically, Spain should be on GMT but fascist dictator General Francisco Franco changed the clocks to show support for Hitler all those years ago and no-one ever turned them back.

Anyone who struggles to achieve consistent productivity from a workforce either just about to take –or return from– a lengthy three-hour lunch break, will not welcome a reduction in the number of working hours to attempt this. It’s the ultimate counter-intuitive idea; giving the workforce an extra day off while paying them the same salary they received for a five-day week is surely the fast-track to bankruptcy.

But campaigners and the leftwing politicians who have been pushing for this have found the magic words to melt a government’s resolve: mental health.

Working less hours will be better for worker well-being. Less time spent at work will improve that work-life balance and people will feel less stressed, put upon and overburdened, they say.

They will also feel less employed. Because isn’t work all about doing something worthwhile and receiving financial reward in return? If you don’t like what you do for employment then whether you spend 32 hours at it each week or 40 hours won’t make any difference. You’ll still be miserable.

Better pay, not shorter hours, is often the key to workplace happiness. And I’m not talking over-the-top inducements, just what your input into the job is actually worth.

The problem with the four-day week campaign is that it just doesn’t work across the board. When the young radicals come up with ideas their heads are full of tech jobs and digital tomfoolery.

Jobs that can be undertaken anywhere by those with the right skills and have already been rigorously tested by the demands of the coronavirus pandemic lockdowns to show that they can be done from home or within curtailed hours without affecting productivity.

But that idea doesn’t transfer to an agriculture worker. Or a fisherman. Or a bricklayer on a construction site. Retail stores need to be open and staffed otherwise they inevitably go bust.

Less time spent at work is just not affordable, even if it does mean time with the family. If no work is being done, then the economy will unavoidably slow down.

So in building this Spanish worker’s paradise, only the few will benefit; the entitled, urban WFH, work-from-anywheres who can do jobs in their jim-jams. Cram in four days of graft then it’s off to the cafe for con leches and churros. The reality for many, even in this digital age, is that they simply cannot operate in those conditions.

Let’s see how long it takes the Spanish people to figure this one out. Surely, it can’t take three years.