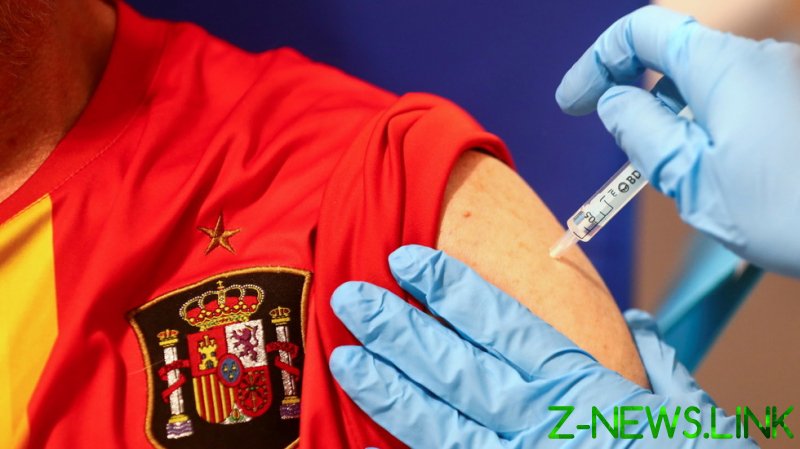 Health Minister Carolina Darias said on Wednesday evening that going forward, the Oxford/AstraZeneca vaccine will only be administered to people aged 60 and over. The decision was made after a virtual meeting of regional health ministers, following the announcement by the European Medicines Agency (EMA) and an EU ministerial meeting on the subject.

Earlier in the day, the EMA said Vaxzevria should be accompanied by a warning about the risk of blood clots as one of the very rare side effects of the vaccine. Both healthcare professionals and recipients of the jab should be reminded that “unusual blood clots with low blood platelets” remain a “very rare side effect,” EMA said, but added that the benefits of the vaccine outweigh the associated risks.

More than two million Spaniards have already received their first dose of the Anglo-Swedish vaccine, while only 97 have received the second, according to health ministry data. Darias reportedly said the government hasn’t decided how to move forward on the issue and is waiting for guidance from the EU. Among the options considered are using another vaccine for the follow-up, or leaving it at one dose only.

EMA’s safety committee reviewed 62 cases of cerebral venous sinus thrombosis and 24 cases of splanchnic vein thrombosis in people who received the vaccine in the EU and the UK as of March 22. There were a total of 18 cases of fatal blood clotting among the 25 million people that have received the vaccine across the UK and European Economic Area.  Most of the reported cases of blood clots involved women under 60, within two weeks of being vaccinated.

South Korea has already suspended the use of AstraZeneca’s vaccine for people under 60, ahead of the EMA announcement. In the UK, the Joint Committee on Vaccination and Immunisation (JCVI) announced on Wednesday that Britons between the age of 18 and 29 will be offered an alternative vaccine.