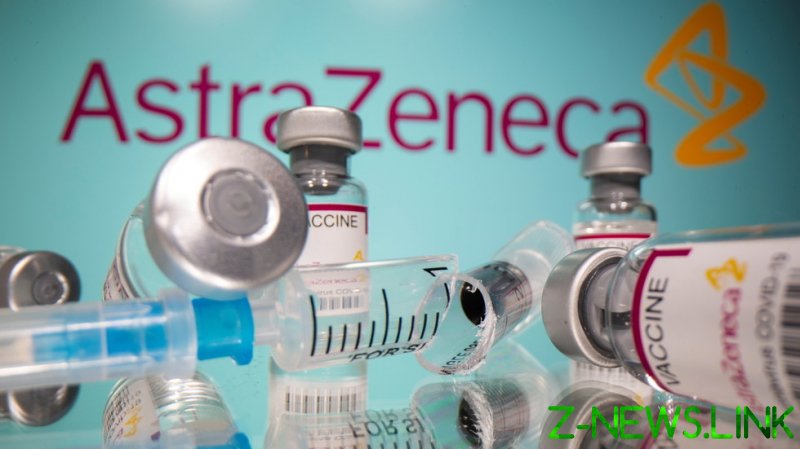 Spanish health officials said on Monday night that they would halt vaccinations for the AstraZeneca inoculation for at least two weeks, pending a safety review, a decision mirrored in France, Portugal, Cyprus and Slovenia on the same day. All pointed to recent reports of blood clotting and several deaths among recipients of the vaccine.

While the EU’s top drugs regulator, the European Medicines Agency (EMA), said it is now reviewing the reports – which include deaths in Austria, Denmark, Italy and Norway – it maintained that “the benefits of the AstraZeneca vaccine in preventing Covid-19, with its associated risk of hospitalization and death, outweigh the risks of side effects.” The World Health Organization echoed that view, saying there is no proven link between the blood clotting and the jab. The EMA said it will decide on its next step following an emergency meeting set for Thursday.

Austria became the first nation to partially suspend its rollout of the AstraZeneca inoculation last Monday, halting distribution of a single batch after a recipient was diagnosed with multiple thrombosis (clotting within several blood vessels at once) and died 10 days after the shot. At least three others experienced adverse effects from the same batch.

Days later, Denmark moved to suspend all AstraZeneca vaccinations, with Norway and Iceland following suit. Over the weekend, Norwegian health officials reported three other hospitalizations and one death among recipients of the jab, all linked to blood clots or brain hemorrhaging. Danish authorities also announced the death of a 60-year-old woman from blood clotting on Sunday.

Estonia, Latvia, Luxembourg, Lithuania and Romania have since paused vaccinations from the same batch halted in Austria, dubbed ABV5300, which was distributed throughout 17 countries.

Italy joined the ban on doses from the ABV5300 batch last week before widening it to all AstraZeneca vaccines on Monday, with its health authority, Aifa, calling the move a “precautionary and temporary measure” after a 57-year-old man died hours after being immunized. Italian prosecutor Teresa Angela Camelio has ordered the seizure of some 400,000 doses of the AstraZeneca jab as authorities investigate the death, which has prompted a manslaughter probe.

The Netherlands, Ireland and Germany have also each declared pauses for the AstraZeneca rollout over the last week, all calling for further investigation into the deaths and other side effects.