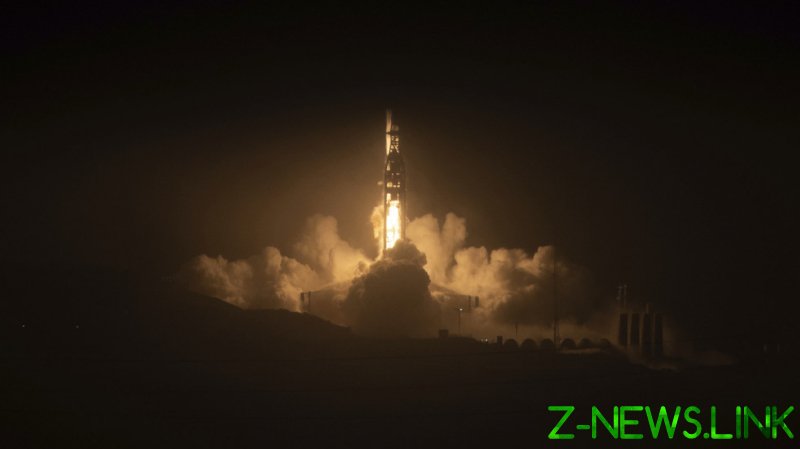 Private aerospace firm SpaceX has successfully launched another US spy satellite into orbit, this time deploying a used Falcon 9 rocket to carry its payload into space.

Sunday’s mission from Vandenberg Space Force Base in California marked the first time that a US National Reconnaissance Office (NRO) satellite has been carried into orbit on a used rocket. The same Falcon 9 was used to launch an NRO satellite in February.

“All launches are exciting, but this one, with our first-ever reuse of a booster, is a striking indication of how NRO is building innovation and resiliency into everything we do,” said Colonel Chad Davis, director of NRO’s Office of Space Launch. “Reusing the booster shows we are continuing to push the boundaries of what’s possible while delivering greater value.”

SpaceX, founded by billionaire entrepreneur Elon Musk, first proved its ability to reuse a rocket in 2017. Since then, it has deployed used boosters dozens of times, delivering on Musk’s strategy of driving down costs by building gear that can be used more than once.

The first-stage booster used on Sunday separated less than three minutes after the launch and returned to Earth, touching down at Vandenberg. SpaceX then ended its live webcast of the flight at the NRO’s request, given the payload’s classified nature.

NRO’s launches in February and on Sunday mark the start of a busy year for the agency, which plans to send nearly a dozen payloads into orbit in 2022. Aerospace analysts speculated that the Falcon 9 carried two Naval Ocean Surveillance System (NOSS) satellites, which work in pairs to monitor ships at sea, according to CBS News.