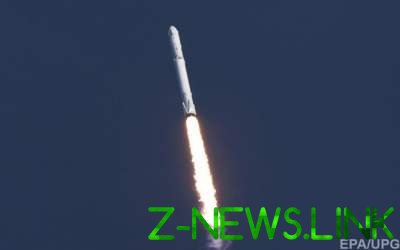 This is already the 15th successful launch of the carrier rocket in 2017 and the second in a week.

The company SpaceX launched the night of Thursday the launch vehicle Falcon 9 with the telecommunications satellite dual-use SES-11/EchoStar 105.

This is already the 15th successful launch of the carrier rocket in 2017 and the second in a week.

The rocket took off from Kennedy Space center in Florida. Her first step was previously used to send to the ISS the cargo ship Dragon, in February 2017. The company is an eighteenth successfully returned after the start of the first stage of Falcon 9.

Moreover, this first step also made a successful landing in the Pacific ocean, on Board the platform Of Course I Still Love You. Thus, this part of the rocket can go into space for the third time.

After about half an hour after take-off, that is 2:30 in the morning in Kiev, the second stage of SpaceX’s Falcon 9 successfully delivered its payload into the target orbit. Satellite SES 11/EchoStar 105 is designed to transmit telecommunication and Internet signal for the needs of the US government within the 50 States of America and in the Gulf of Mexico.