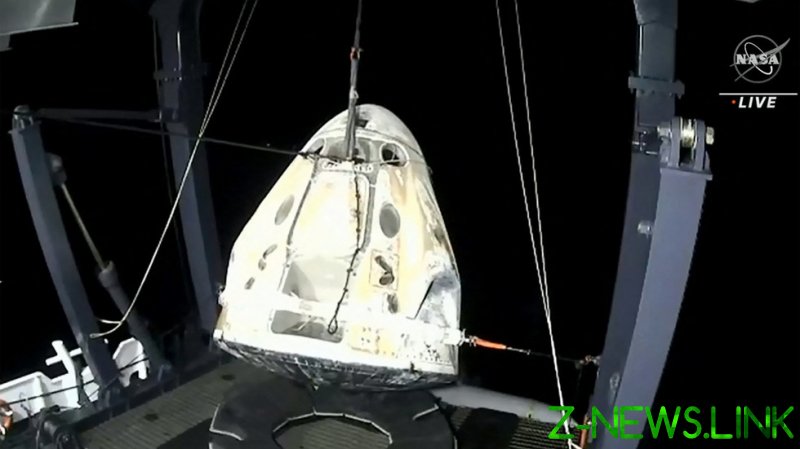 The SpaceX Crew Dragon ‘Resilience’ capsule splashed down in the Gulf of Mexico off Panama City, Florida early on Sunday. The spacecraft brought three NASA astronauts and one from the Japan Aerospace Exploration Agency (JAXA) home from the International Space Station (ISS).

“We welcome you back to planet Earth, and thanks for flying SpaceX,” a SpaceX mission control official, Michael Heiman, told the astronauts. “For those of you enrolled in our frequent flier program, you have earned 68 million miles on this voyage.”

The capsule was retrieved by a recovery vessel, with the astronauts undergoing health checks before heading back to land by helicopter.

The ‘Resilience’ spacecraft was launched to the ISS last November, staying docked to the station for over 160 days. Its return marks NASA’s first nighttime splashdown since the Apollo 8 mission in 1968, which was the first to orbit the moon.

The splashdown marked the first successful “operational” mission of the privately developed Crew Dragon spacecraft. Another spacecraft of the same type, dubbed ‘Endeavour’, made its first crewed test flight last summer with two astronauts on board. It has since been refurbished and was launched back to the ISS in late April.