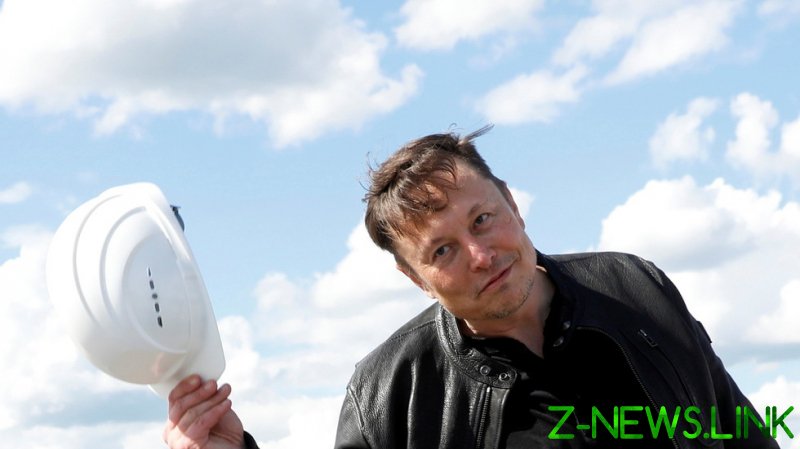 As SpaceX’s Starlink constellation of satellites expands with each passing month, even more so now that the aerospace giant has received regulatory approval from the Federal Communications Commission (FCC), others in the industry are growing concerned there may soon not be enough room for their projects in low-Earth orbit.

Jeff Bezos’ Blue Origin recently lost a multi-billion-dollar contract with NASA to Musk’s SpaceX for the coveted mission to the Moon pencilled in for 2024, but the private space race closer to home is proving to be equally contested.

SpaceX’s competitors have highlighted more specific issues regarding the lower altitude of the company’s artificial constellation, the purpose of which is to provide broadband internet to areas of the globe with poor or no coverage, suggesting that Starlink’s very existence increases the risks of collisions and radio interference.

“We want space to remain accessible for human activities… but we refuse a Wild West space,” Israel told a conference in Geneva on sustainable space development.

Israel also highlighted the fact that, according to his calculation, Musk now owns some 35% of the roughly 9,000 satellites in orbit launched since 1957. Furthermore, if you count larger satellites over 50kg in weight, Musk’s low-orbit market share rises to 50%.

He added that collisions, at least two of which involved Starlink satellites, were increasing and may lead to the so-called Kessler syndrome, a runaway chain reaction of collisions which trigger yet more collisions.

The FCC ruled in April to allow Starlink to operate at an altitude below the initially proposed 540km to 570km limit, claiming it would improve customer experience, particularly in the polar regions and other underserved areas of the world.

The FFC also found that lower altitudes would actually reduce the risk of collisions by making it easier to deorbit satellites, thereby limiting the proliferation of space debris.

Current estimates value the global satellite market at $13 billion, rising to $26 billion by 2027.

In his own remarks at the event, French UN ambassador in Geneva and conference organizer Francois Rivasseau drew comparisons between the growing threat of space debris and coronavirus, suggesting that fringe concerns could rapidly spiral out of control into global problems.