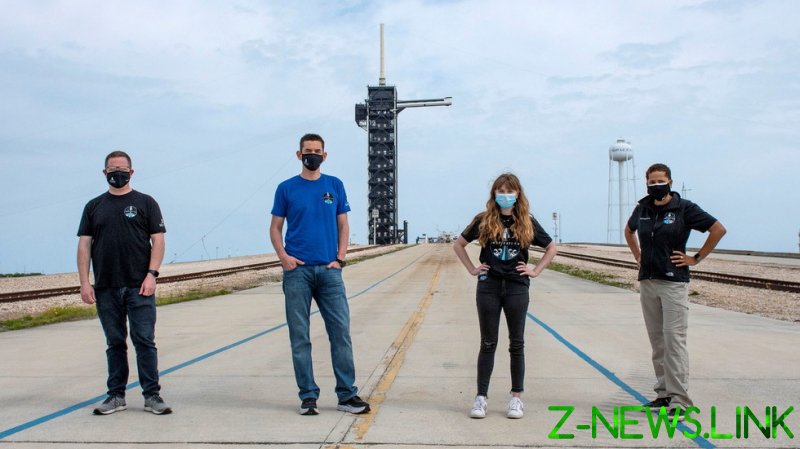 The historic flight was the idea of billionaire entrepreneur Jared Isaacman, who is privately funding the launch as part of a campaign to raise money for St. Jude Children’s Research Hospital, a leading pediatric cancer center in Memphis, Tennessee.

Isaacman pledged $100 million towards the hospital and invited others to donate and receive a chance to win a trip into orbit. Named Inspiration4, the mission is set for launch no earlier than September 15, and is expected to last three or four days in total.

Chris Sembroski, a 41-year-old Air Force veteran currently working in the aerospace industry, and Sian Proctor, 51, a geoscience professor who once sought to become a NASA astronaut, were announced on Tuesday as the two final members of the Inspiration4 team.

Sembroski was selected out of 72,000 entries who participated in the charity campaign, while Proctor was among 200 entrants in an independently judged online business competition.

The pair will be joining Issacman, who has taken on the role of mission commander, along with St. Jude physician’s assistant Haley Arceneaux, 29, who as a child received treatment at the hospital for bone cancer.

Although all four are civilians, they won’t be sent into space without first undergoing the necessary training. In the coming months, the team will complete a training course used to prepare NASA astronauts for their voyage.

Billed as a way to raise money for a good cause, the flight will also further our understanding of human spaceflight. The crew will reportedly conduct a number of experiments while in orbit.

The announcement of the crew’s roster comes as SpaceX, owned by billionaire Elon Musk, continues to work on a shuttle that could one day send humans to the Moon and Mars. On Monday, one of the company’s Starship prototypes exploded during a high-altitude flight test.

SpaceX isn’t the only private company that hopes to put civilians in space in the coming months. US-based Space Adventures has teamed up with Roscosmos, Russia’s national space agency, to send two space tourists to the International Space Station (ISS). The flight is expected to take place by 2022.