Space Observatory photographed the moon movement in the opposite direction 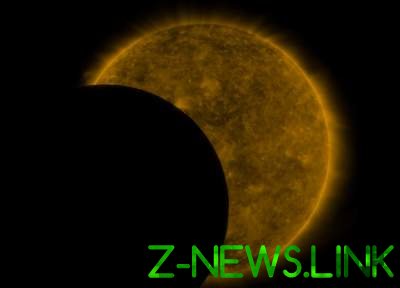 What is happening in the video due to optical illusion.

On the record made by the Observatory SDO (Solar Dynamics Observatory) is seen as the Moon that eclipsed the Sun starts to move in the opposite direction.

During observations of the Sun space Observatory SDO was seen a strange fact which happened during an Eclipse of the Sun by the Moon. The video shows how the Moon stops, and then starts moving in the opposite direction.

However, according to astronomers, the Moon did not move back. This effect on the video came out due to the fact that the Observatory is in orbit, which is shorter than the orbit of the moon.

Therefore, fixing an Eclipse of the Sun, the spacecraft is at some point ahead of the moon. That is why the impression that the Moon started to move back.

According to astronomers, such observations occur regularly, but only now managed to capture it on camera.