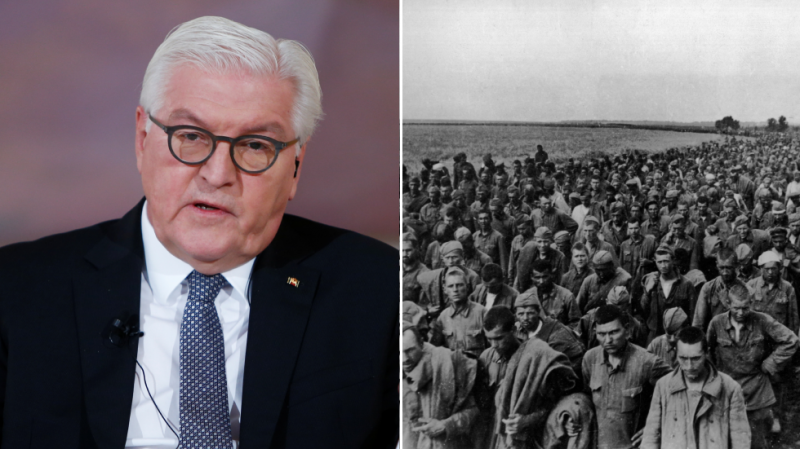 Buchenwald was one of the longest-operating and largest facilities, where people deemed undesirable by the Nazi government were worked to death or simply killed. The largest group at the concentration camp were Soviet prisoners of war and civilians kidnapped as slaves in Nazi-occupied parts of the Soviet Union, Steinmeier reminded the nation on Saturday. An estimated 8,000 Soviet POWs and civilians were executed at the camp.

“The Soviet prisoners of war had long been a forgotten group of victims. It is therefore right that we are now paying more attention to them, especially this year,” which marks the 80th anniversary of the Nazi invasion of the USSR, the German president said.

Slavic peoples such as the Russians, the Ukrainians, and the Belarusians were deemed unfit to live in the racially pure world the Nazis were trying to bring into existence. “They were not considered part of humanity, no more than the Jews or the Roma. They were meant to be destroyed, through work, starvation, or both,” the president said.

The concentration camp was ultimately captured by the Allied forces on April 12, 1945. An estimated 280,000 prisoners passed through it or its sub-camps scattered across Germany, and were forced to contribute their labor to the Nazi war effort and civilian economy.

More than 50,000 of them died from various causes, mostly malnutrition and disease, but thousands of inmates were executed as part of the Nazis’ extermination policies. Buchenwald had a former stable kitted out as a medical room, for instance, where victims were instructed to stand next to a device at a wall, they presumed to measure their height. However, an executioner would then shoot them in the back of the neck through a hidden opening in the wall.

In his speech, Steinmeier called on Germans to remember how such atrocities could happen right next to the city of Weimar, a German cultural hub, with the local population oblivious or willingly turning a blind eye. Forgetting that such things did happen means forgetting that they can happen again, he warned.