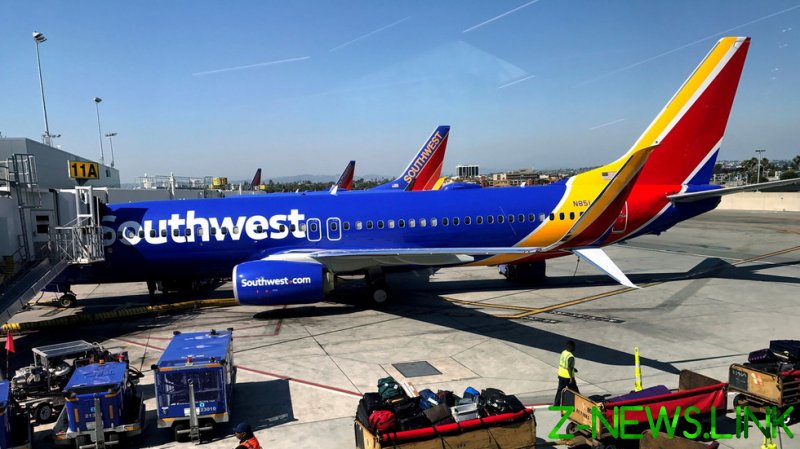 In Saturday tweets, Associated Press reporter Colleen Long said she was on the Southwest flight from Houston, Texas to Albuquerque, New Mexico, and claimed she was almost “removed” after trying to ask the pilot about using the phrase.

“That feeling when you’re trying to go on vacation and then the pilot says the very thing you’re working on over the loudspeaker and you have to try to get him comment but then almost get removed from plane,” Long tweeted, along with a story by her digging into the “let’s go, Brandon” phrase, which has become common at sporting events and among Biden critics.

The phrase began at a NASCAR event after an NBC reporter claimed to mishear a crowd chanting, “f**k Joe Biden,” instead hearing the now viral term.

Long said when she approached the cockpit to speak to the pilot, it was locked and they were about to begin departing.

A TikTok video showing a pilot saying the phrase as he prepares his passengers for landing has also been spread around social media, and it appears to be from a different flight. Pilots have been recently heard frequently repeating the phrase over their radios, according to a Daily Mail report.

Long’s account of events had many calling for the airline – which has been plagued by flight cancelations many critics believe have been caused by staffing shortages due to the Covid-19 vaccine mandate – to identify and fire the pilot. Others called for boycotts of the airline as a whole.

Though Southwest did not address the specific phrase, they did release a statement in response to concerns, saying the company “takes pride in providing a welcoming, comfortable, and respectful environment for the millions of customers who fly with the airline each year and behavior from any individual that is divisive or offensive is not condoned.”

The pilot’s actions come amidst growing controversy over Biden’s vaccine mandate, which will require all federal contractors and employees of larger businesses to be inoculated. Southwest and the White House have denied that the mandate has contributed to the staffing shortages currently plaguing multiple industries.