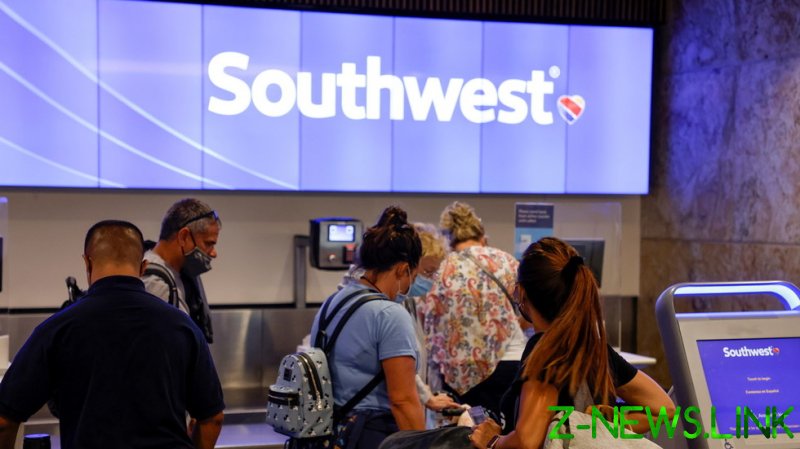 Following thousands of flight cancellations and a union lawsuit against the company for implementing mandatory Covid-19 vaccination, Kelly insisted during an interview with CNBC’s Squawk on the Street that its mandate had “zero” connection to the chaos, and that they have “no issue” with employees.

“We’re urging all of our employees to get vaccinated. If they can’t, we’re urging them to seek an accommodation, either for medical or religious reasons, but my goal obviously is that no one loses their job,” Kelly claimed, arguing that the objective of the Southwest Airlines vaccine mandate is “to improve health and safety, not for people to lose their jobs.”

“Yes, we have some very strong views on that topic, but that’s not what was at issue with Southwest over the weekend,” he continued, in reference to the flight cancellations and delays. Instead, he seemingly doubled down on blaming air-traffic-control staff and weather in Florida, and vaguely referred to “absenteeism” as one of the issues they monitor.

On Saturday, Southwest Airlines blamed “disruptive weather” and air traffic control problems for passenger delays, which continued into this week albeit on a smaller scale.

“It just takes several days to catch up,” Kelly said.

Kelly also told CNBC on Tuesday that he had “never been in favor of corporations imposing” vaccine mandates, but claimed “the executive order from President Biden mandates that all federal employees” and “all federal contractors” – which, in his opinion, “covers all the major airlines” – have to implement mandatory vaccination by December 8.

By vowing to continue with its vaccine mandate, however, Southwest Airlines appears to be defying an executive order issued by Texas Governor Greg Abbott on Monday which prohibits private companies from requiring Covid-19 vaccination for employees.

Kelly’s critics were quick to disagree with his justification for the airline’s vaccine mandate, and doubted if the “weather” was really the cause of flight disruptions.

“Biden’s [executive order] affects federal employees / federal contractors only – not all companies over 100 like he keeps talking about,” claimed Human Events senior editor Jack Posobiec, noting that as Southwest is based in Dallas, Texas, it could face a tough response for defying a state executive order.

Others, including libertarian organization Young Americans for Liberty, mocked Kelly’s vague mention of “absenteeism,” questioning, “So… why are your employees ‘absent,’ sir?”

“This isn’t about a vaccine, this is about freedom,” Biggs wrote.