Home / WORLD / Southwest Airlines pilots and staff are flying in the face of corporate and government vaccine mandates – and about time, too

Southwest Airlines pilots and staff are flying in the face of corporate and government vaccine mandates – and about time, too 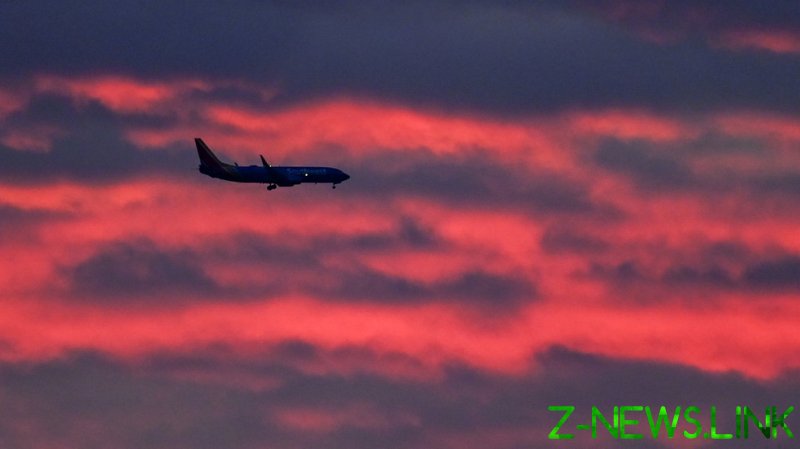 Southwest is experiencing turbulence. Over the weekend, the Texas-based airline canceled over 1,800 flights. Monday was no better: almost 400 more flights were canceled. A corporate spokesman, Alan Kasher, blamed the catastrophic interruption in business on bad weather in Florida and “issues” with air traffic control.

His claim was met with immediate disbelief, as the Federal Aviation Administration countered that no ATC staffing shortages were reported over the weekend, and competitor airlines flying in the same regions only canceled a tiny fraction of their own flights. The real reason for the cancellations is an open secret, despite Kasher’s reticence in acknowledging it. Southwest’s pilots and crews have been given a vaccine mandate, and they’re simply not having it.

Just today, on Good Morning America, Southwest CEO Gary Kelly spun the bad news like a turbine, citing “no evidence” that his company’s disastrous past few days had any connection with the vaccine ultimatum he’d handed down to his workforce. It does, of course, and Kelly knows it.

Here’s what’s actually happening. On September 9, Joe Biden announced his intention to force every company that employs more than 100 people to give their employees a vaccine mandate. Southwest Airlines subsequently relayed a missive to its employees, pilots, and crew members: “Southwest Airlines will be required to comply with the federal government’s directive for Employees of federal contractors to be fully vaccinated against COVID-19.” The deadline was set for December 8: get the vaccine, hope for an exemption, or be fired.

Many of these employees had already contracted and beaten the disease, enjoying an effective natural immunity. Others remained concerned about reports of adverse effects, including thrombosis (for which the Johnson & Johnson jab was pulled from market) and myocarditis (for which the Moderna shot was pulled as well). Many were also aware that vaccinations, while decreasing hospitalizations and deaths, don’t completely stop breakthrough infections and have demonstrated a diminishing efficacy.

Whatever the individual reasons, a mandate mutiny began brewing. It’s manifested now, asserting itself over these last few days in a way that can’t be ignored. Pilots save up paid sick days, often accumulating months’ worth, even years. As their concerns have gone unheard by executives and, faced with the ignominy of sacrificing bodily autonomy for corporate compliance, or being fired and losing their careers – including all those saved hours they’ve earned – pilots are simply calling in sick and cashing in their paid leave.

The union for Southwest’s 9,000 pilots denies an organized protest, sick-out, or shutdown, and that’s true. These individuals acting out of conscience are a loose confederation of colleagues at best. They’ve been told by Southwest suits that “the federal directive gives little latitude for input or choice.” They rejected that assertion, are rejecting it, and will continue to reject it.

Perhaps the most baffling aspect of the entire scenario is the fact that there isn’t even a rule with which Southwest Airlines is complying. When President Biden delivered his ultimatum in September, lawmakers and legal scholars were dubious. Many wondered how Biden intended to give teeth to his speech, as he’s not a part of any legislative body. His answer: use the Occupational Safety and Health Administration (OSHA) to define vaccination as a workplace safety concern and issue a rule accordingly.

Regardless of the small agency’s legal standing to accomplish such a legislative workaround, or its ability to subsequently enforce it, a more foundational problem remains for Southwest and other employers: OSHA has not yet made such a rule, much less navigated the legal challenges already being made.

Unsuccessful with his carrots, Biden has picked up a stick; legally, this stick would be fragile in the best case, but at the moment it remains a complete mirage. It’s hard to believe that Southwest is so willing to infuriate both stranded customers and disgruntled pilots to avoid being beaten with it.

It is natural that airline executives would want to stay in the government’s good graces. After all, they’ve multiple times gone begging to Congress, cap in hand, lamenting the looming layoffs of their “valued employees” and asking for taxpayer bailout dollars. They’ve received them, to the tune of billions, as well as millions in compensation for themselves. Government contracts, at risk if the company doesn’t impose a vaccine mandate, make up a mere 3% of Southwest’s business, yet a hard line has been drawn over all objections of pilots and crews. How could Southwest’s employees not question where their CEO’s loyalty really lies?

Customers stranded at airports and dealing with canceled flights can’t be blamed for being frustrated, but their ire ought not be aimed at Southwest pilots, any more than the many tea enthusiasts among the American colonials should have been angry at the men who tossed the tea shipments into Boston Harbor. Economic disruption can be powerful, both as a symbol and as a practical protest method (although sometimes it’s mostly property destruction and looting, to which this current action bears no resemblance).

Perhaps even more so than the nurses and doctors once held up as heroes and now fired for refusing the jab, these pilots and crew members are showing concerned Americans, Europeans, Australians, and all free citizens, a potential way forward through this miserable morass of mandates. In Western democracies, government is designed to represent the people, not rule them. At some point, our elected officials decided that they would prefer to be masters rather than servants, entangling themselves with corporate leadership in a moldering rat king of stifling bureaucratic fiat and decree.

Just tell them no.

American corporations exist at the whim of their customers and through the willingness of their employees.

The United States government serves only with the consent of the governed.

Neither is the king of anybody. It’s high time they stop behaving as if they are.

Southwest Airlines’ goodwill is gone. Its executives now have a choice: hold firm to a specious vaccine mandate and watch its customers and employees fly away or, find a spine, and tell the federal government that it won’t play the willing stooge to Biden’s bullying tactics.

It’s time for corporate vaccine mandates to crash and burn.