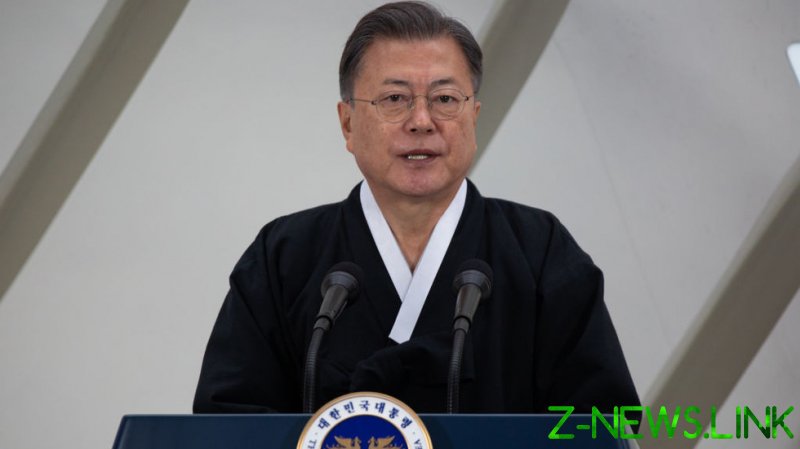 South Korean President Moon Jae-in has grown frustrated over failed attempts to set up transition talks with his successor, President-elect Yoon Suk-yeol, reflecting deep political division in Seoul at a time when the country faces heightened tensions with North Korea.

“I am an outgoing president and President-elect Yoon is an incoming president,” Moon said in a statement on Thursday. “What negotiations are needed in order for the two of us to exchange greetings and words of advice? It’s not like we’re negotiating.”

The president’s comments came after a planned meeting with Yoon last week was canceled as their staffs clashed over such issues as the making of political appointments during the interim and a possible pardon of former president Lee Myung-bak, who is imprisoned for corruption. Moon insisted that a meeting with Yoon should take place without any special agreements required in advance.

However, if Moon aimed to push the transition process forward, his comments apparently failed to have the desired effect on Yoon’s camp. In fact, a spokeswoman for the incoming leader blasted Moon for suggesting that his successor was getting bad advice.

“It is extremely regrettable that he spoke as if there is a problem with president-elect Yoon Suk-yeol’s judgment and as if his advisers are blurring his judgment,” spokeswoman Kim Eun-hye said. “Moreover, given that the government transition is not going smoothly, and at a time when it is vital to respond to Covid-19 and the economic crisis, I cannot easily agree with the characterization of the two people’s meeting as simply an occasion to exchange greetings.”

South Korea this week set new all-time highs for Covid-19 infections and deaths. The latest flare-up in the conflict between Moon and Yoon came on the same day that North Korea fired a suspected intercontinental ballistic missile (ICBM) into the sea between the Korean Peninsula and Japan. The launch marked Pyongyang’s 12th round of weapons tests this year, emphatically ending North Korea’s moratorium on the testing of nuclear and long-range missiles.

Yoon, representing the People Power Party (PPP), was elected on March 9, capping one of the most vitriolic presidential races in South Korea’s history. He and rival Lee Jae-myung, the nominee of Moon’s liberal Democratic Party, traded accusations and personal attacks. Kim, a first-term PPP lawmaker and former TV anchorwoman who later became Yoon’s spokeswoman, led the charge in accusing Lee of involvement in a real estate scandal.

The president-elect is a former prosecutor and helped win convictions of ex-presidents Lee Myung-bak and Park Geun-hye. He has hinted at investigating Moon, without saying specifically what crime the current president is suspected of committing. Every living former president of South Korea has been prosecuted for corruption after leaving office.