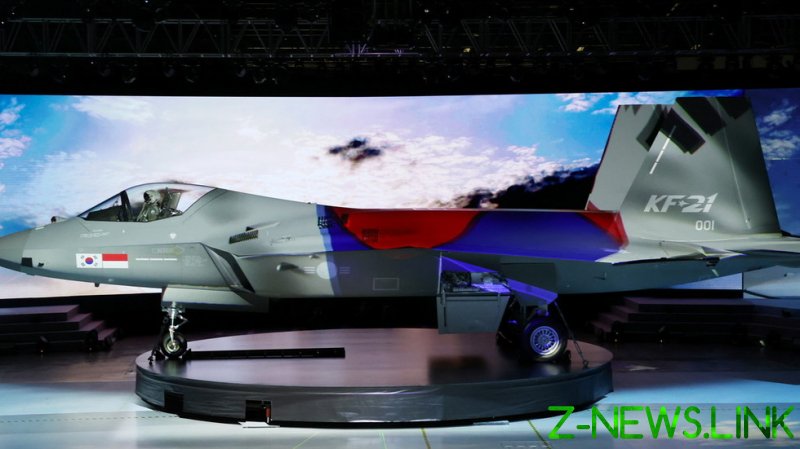 At an elaborate ceremony on Friday, the KF-X prototype fighter jet, officially christened “KF-21 Boramae,” was rolled out for the first time. Speaking at the rollout ceremony, President Moon Jae-in said “a new era of independent defense has begun.”

The jet, developed by Korea Aerospace Industries (KAI) as part of an 8.8 trillion-won (US$7.9 billion) project, the country’s most expensive military project to date, is scheduled to fly for the first time in 2022 and should be ready for action within the decade. “We plan to deploy 40 jets by 2028 and a total of 120 by 2032,” the president said.

The project started in 2015 and has become of significant national importance, with 16 universities, 11 laboratories and 553 suppliers participating in its development. Approximately 65% of the jet’s components are being made in the country.

Moon has attempted to shift South Korea’s military procurement policy, moving towards indigenously developed capabilities instead of purchasing US military hardware. “Whenever we need it, we can make it,” he stated at the ceremony.

The end goal will see Seoul replace its legacy F-4 and F-5 fighter jets with the KF-21 and find foreign buyers for the indigenously developed aircraft. The project was originally shared with Indonesia, which put up 20% of the costs. However, Jakarta has sought to reduce its exposure to the jet’s development and may even withdraw from the project completely.