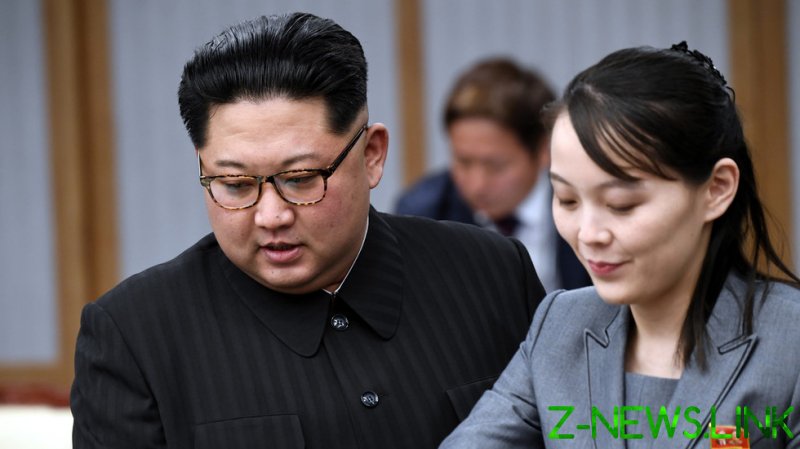 Seoul has “strongly” urged Pyongyang against escalatory rhetoric and actions, after the sister of North Korean leader Kim Jong-un lashed out against the country’s defense minister, calling him a “confrontation maniac.”

“The Ministry of Unification clearly points out that North Korea should not cause additional tension on the Korean Peninsula in any case,” the inter-Korean affairs ministry’s spokesperson, Lee Jong-joo, said on Monday, according to Yonhap.

However, despite a series of harsh statements over the weekend, the sides reportedly had a phone call via the inter-Korean liaison office at 9am Monday, as planned.

On Sunday, Kim Yo-jong, who is a key adviser to her brother Kim Jong-un and serves as a member of North Korea’s State Affairs Commission, blasted South Korean Defense Minister Suh Wook as a senseless “scum-like guy” and a “confrontation maniac.” She also warned Seoul that it “may face a serious threat” due to Suh’s “reckless remarks.”

The defense minister spoke on Friday about South Korea’s military readiness amid recent provocations from Pyongyang, saying Seoul can “accurately and swiftly strike any targets” in the North. He also noted South Korea’s ability to carry out precision strikes on the “origin of any attack and its command and support facilities.”

The heated exchange took place in the wake of Pyongyang’s test launch of an intercontinental ballistic missile last month. South Korea has responded to the ICBM launch by touting its military capabilities, such as test-firing multiple missiles and showcasing its F-35 jets in a training exercise.