Home / WORLD / South Korea agrees to ‘meaningful increase’ in payouts for the privilege of hosting 28,500 US troops

South Korea agrees to ‘meaningful increase’ in payouts for the privilege of hosting 28,500 US troops 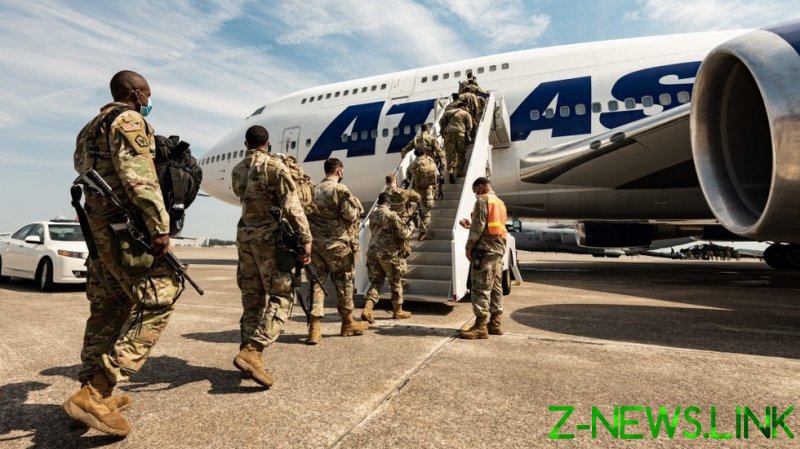 Seoul currently pays Washington roughly $920 million a year for hosting some 28,500 American personnel on its soil, but back in 2019 Trump demanded an increase of annual payouts to $5 billion. With a new commander-in-chief in the White House, Washington moved to soothe disagreements with its military allies, under Joe Biden administration’s “commitment to reinvigorating and modernizing our democratic alliances around the world.”

The sides negotiated a “meaningful increase in host nation support contributions,” a State Department spokeswoman said on Friday, according to Reuters, but it remains unclear how much more Seoul will pay. Under a similar agreement with Japan reached last month, Tokyo will pay Washington some $1.85 billion for hosting about 55,000 US military personnel in 2021, roughly the same amount as last year.

South Korea’s Foreign Ministry also offered no details of the deal, saying the “sides will make a public announcement and hold a tentative signing ceremony after completing internal reporting procedures.”

The government will resolve to sign an agreement in a swift manner to resolve its vacuum that has lasted more than a year and contribute to strengthening the alliance.

The US military has “around 800” bases outside of US territory, with “up to 200,000 troops” overseas according to some estimates, although a real number unknown as many of them are maintained under the veil of national security. US troops have been stationed in Japan and Germany since the end of the Second World War in 1945, and in South Korea since the ceasefire froze the Korean War in 1953, with the host nations covering just a fraction of the upkeep costs. Former President Trump had been pushing for more fair ’protection deals’ with NATO and other military allies, at one point reportedly going so far as to demand “cost plus 50” percent from South Korea.