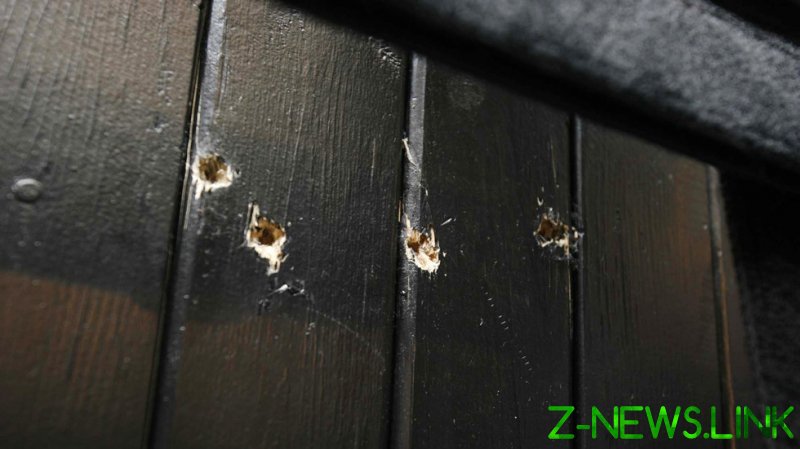 Green-lit in a 66-43 House vote on Wednesday, the law will permit death row inmates to choose execution by firing squad or electrocution if lethal injection drugs are not available. Having already passed through the State Senate, the bill needs only to be signed by Governor Henry McMaster, who has signaled he will do so.

Once signed, the law will make South Carolina just the fourth state in the US to allow firing squads, alongside Utah, Mississippi, and Oklahoma. It is currently one of nine that use the electric chair.

Though the Palmetto State last executed a prisoner nearly 10 years ago to the day, 37 inmates now sit on death row there, three of whom have exhausted all of their options for appeal. However, administration of the death penalty has stalled in recent years under the current laws on the books, as prisoners can choose between electrocution and lethal injection. Because of the drug shortages, they typically choose the latter, effectively postponing execution indefinitely.

The new law approved by the State House on Wednesday keeps lethal injection as the primary mode of execution, but requires prisons to look to other methods should the drugs run out.

While it passed by a wide margin, some Democrats made impassioned pleas against the bill during debate on the floor, among them state Rep. Justin Bamberg, who pointed to the three prisoners facing imminent execution.

“[There are] three living, breathing human beings with a heartbeat that this bill is aimed at killing,” he told fellow lawmakers.

If you push the green button at the end of the day and vote to pass this bill out of this body, you may as well be throwing the switch yourself.

Democrats also offered a number of amendments in an effort to kill the legislation, proposing to outlaw the death penalty entirely, exempt current death row inmates from the rule change, as well as to livestream executions or require lawmakers to witness them. The Republicans ultimately won out, however, with GOP Rep. Weston Newton arguing the law would console the families of crime victims.

“Those families of victims of these capital crimes are unable to get any closure because we are caught in this limbo stage where every potential appeal has been exhausted and the legally imposed sentences cannot be carried out,” said Newton.

Since the death penalty was reinstated in the US in 1977, just three inmates have died by firing squad, all of them in Utah, the first state to revive that mode of execution back in 2015. Though Utah allowed firing squads before 2015, until then prisoners had to opt for it themselves, with a law passed that year handing the choice to prison officials instead.

On the federal level, the US Department of Justice has also warmed up to the practice in recent months, expanding its execution rules for federal inmates to include firing squads last November, before Donald Trump left office. While President Joe Biden vowed to end capital punishment for federal crimes on the campaign trail, he has yet to do so. His rhetoric on the death penalty has made a dramatic reversal since sponsoring a massive crime bill in 1994, which expanded capital punishment to dozens of additional offenses, including some drug crimes.