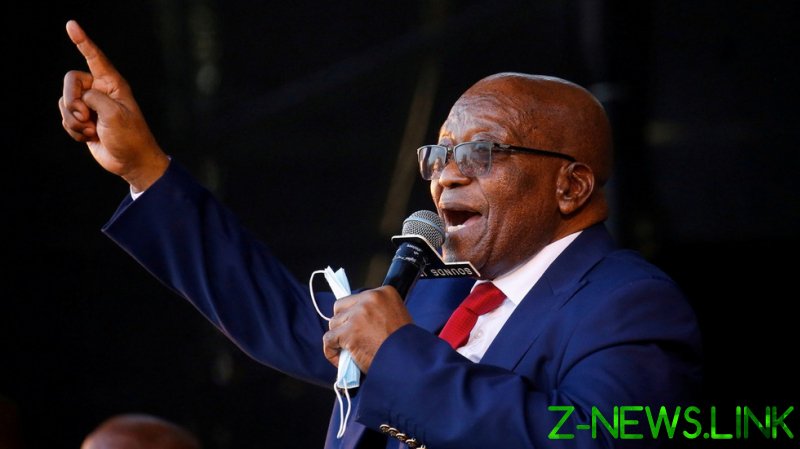 The release of the ex-president was announced by the country’s Department of Correctional Services (DCS) on Sunday after it evaluated a medical report on Zuma’s health. Instead of serving the remainder of his term incarcerated, the politician will be placed on an unspecified ‘community corrections’ course.

“Medical parole placement for Mr Zuma means that he will complete the remainder of the sentence in the system of community corrections, whereby he must comply with a specific set of conditions and will be subjected to supervision until his sentence expires,” the DCS stated.

Last month, Zuma underwent an unspecified surgery at an outside hospital away from the Estcourt prison he was being kept in. The politician remains in hospital with more surgeries believed to be planned.

While the DCS spokesman Singabakho Nxumalo said that Zuma could go home to continue receiving medical care, he did not provide any details on the ex-president’s condition, or the exact terms of the parole. It remains unclear when exactly Zuma might get dismissed from the medical institution.

Zuma was jailed for contempt of court early in July, receiving a 15-month jail term. The ex-president was found guilty of defying a Constitutional Court order to provide evidence for a probe into alleged high-profile corruption during his nine years in office.

The jailing of the ex-president prompted mass protests across the country, resulting in widespread looting and arson. The pro-Zuma unrest has been branded “insurrection” by the incumbent president of the country Cyril Ramaphosa.