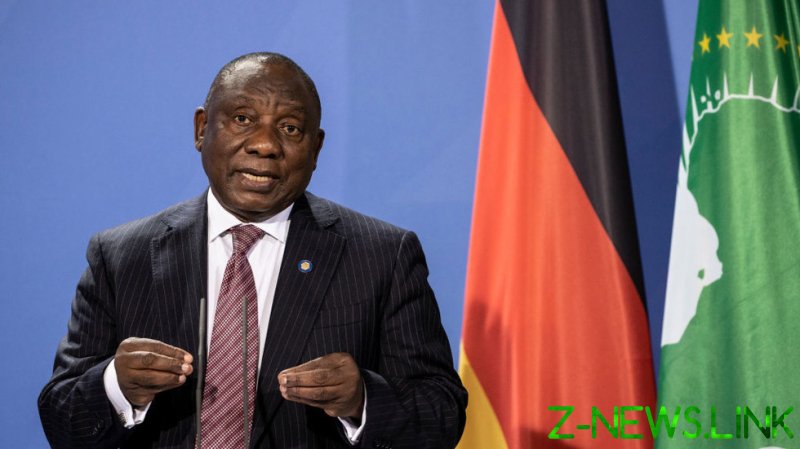 South African President Cyril Ramaphosa, a potential mediator in the Russia-Ukraine conflict, has faulted NATO for triggering war in the former Soviet republic by expanding eastward onto Moscow’s doorstep.

“The war could have been avoided if NATO had heeded the warnings from amongst its own leaders and officials over the years that its eastward expansion would lead to greater, not less, instability in the region,” Ramaphosa told South African lawmakers on Thursday.

Rather than reaping an expected peace dividend after the Cold War ended in 1991, NATO expanded, adding former Warsaw Pact nations and ex-Soviet republics to its fold, starting with Poland, Hungary and the Czech Republic in 1999. Another wave came on board in 2004, including Bulgaria, Estonia, Latvia, Lithuania, Romania, Slovakia and Slovenia. Albania and Croatia followed in 2009; then came Montenegro in 2017 and North Macedonia in 2020. Ukraine and Georgia have asked to join the bloc.

Moscow has vehemently opposed NATO’s presence close to its borders, and embarked on a mission to obtain security guarantees that would halt the US-led military bloc’s expansion and bar Kiev from joining its ranks. However, the West ignored Russia’s concerns.

President Vladimir Putin announced a “special military operation” on February 24, with a stated goal to “demilitarize and denazify” the government in Kiev, ensuring that it no longer poses a threat to either Russia or the newly recognized Donbass republics, which have suffered seven years of grueling siege. The US and its NATO allies have accused Russia of starting an “unprovoked” war to gobble up Ukraine.

South Africa abstained from backing the United Nations General Assembly resolution that condemned Russia’s military action in Ukraine, and chose to stay neutral alongside 34 other countries, including China, India and Pakistan.

The South African president said it’s important to understand the causes of the crisis, but that doesn’t mean agreeing with the Russian invasion.

“We cannot condone the use of force or violation of international law,” said Ramaphosa.

The president’s latest comments came after he revealed last week that he had been asked to help mediate the negotiations between Moscow and Kiev. Ramaphosa said on Thursday that he has already spoken to Putin, who indicated that he’s eager to end the fighting, and hoped to talk soon with Ukrainian President Volodymyr Zelensky.

“There are those who are insisting that we should take a very adversarial stance and position against Russia,” the South African leader noted on Thursday, without identifying the countries that have pressured him. “The approach that we have chosen to take, which is appreciated by many, is that we are insisting that there should be dialogue. Screaming and shouting is not going to bring an end to this conflict.”

By remaining neutral, Ramaphosa argued, South Africa can make its voice heard, “not only publicly but also to the parties that are involved in the conflict.”