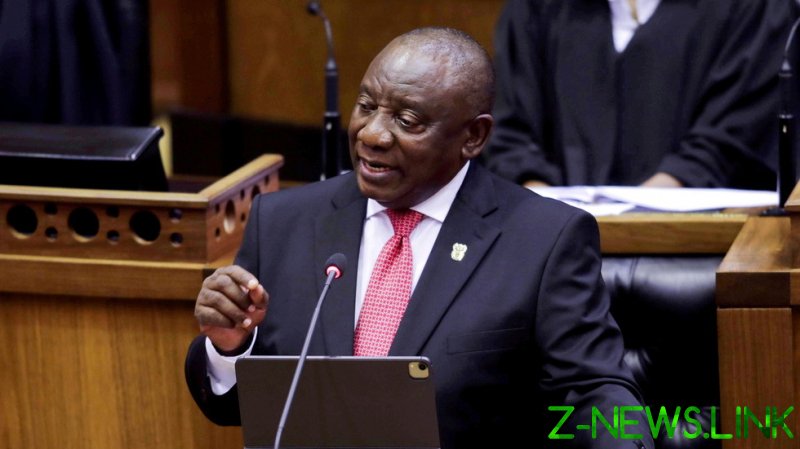 Ramaphosa announced changes to the National Executive on Thursday evening, citing the need to effectively administer Covid-19 vaccination, rebuild the economy, and “ensure peace and stability in the wake of the recent outbreak of violence and destruction in parts of the country.”

Ramaphosa said Mboweni “effectively and ably steered [the] National Treasury through extremely difficult economic times, providing stability and instilling confidence.” He thanked him for his service.

In a major change, Ramaphosa abolished the Ministry of State Security and placed the State Security Agency under the presidency, “to ensure that the country’s domestic and foreign intelligence services more effectively enable the president to exercise his responsibility to safeguard the security and integrity of the nation.”

Ncediso Goodenough ‘Zizi’ Kodwa will serve as the deputy minister under the presidency, in charge of security and intelligence. A member of the leadership of the ruling African National Congress (ANC) party, Kodwa was previously deputy minister for state security under Ayanda Dlodlo – who was reshuffled back into the Ministry of Public Service and Administration.

The reshuffle comes after the week-long riots in the KwaZulu-Natal and Gauteng provinces last month, which claimed at least 337 lives and wrought widespread destruction on the economy and infrastructure of South Africa. More than 3,400 people have been arrested in connection with the unrest, sparked by the arrest of former president Jacob Zuma on charges of contempt of court.

A three-member panel has been tasked to conduct “a thorough and critical review of our preparedness and the shortcomings in our response” to the riots, Ramaphosa said.

Ramaphosa concluded Thursday night’s announcement by declaring that his government is “unwavering in our determination to build a capable state, one which is ably led and which effectively serves the needs of the people.”

Rebuilding the country’s economy and society “requires urgency and focus” as well as “cooperation among all sectors of society and the active involvement of all South Africans,” he added.