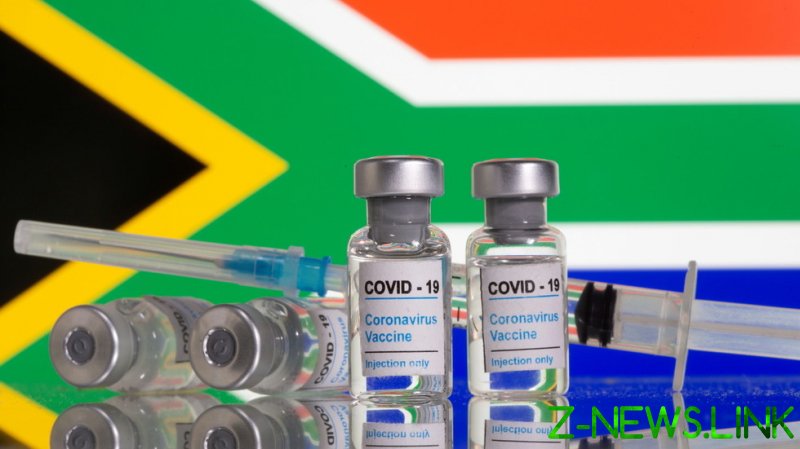 South Africa’s health products safety watchdog (SAHPRA) has decided not to greenlight the use of millions of Covid-19 vaccine doses stored at a plant in the city of Gqeberha, since the material they were produced from was “affected” by a contamination incident at the Baltimore factory, the nation’s health authorities confirmed.

The agency suspended use of the doses in question earlier in June as it awaited a safety compliance report from the US Food and Drug Administration (FDA).

“Based on what has been announced by the FDA, we are affected in terms of those batches… at Gqeberha site and what we have there on site is 2 million,” South African Acting Health Minister Mmamoloko Kubayi-Ngubane told SABC news on Sunday. She added that those doses had not and would not be used to vaccinate South Africans. It was also confirmed by the SAHPRA CEO, Dr. Boitumelo Semete, who said that the jabs in question “cannot be made available to the public.”

The health watchdog meanwhile said in a statement that a new batch containing some 300,000 doses of the Janssen Covid-19 vaccine has been approved by the FDA and will be shipped to South Africa at some point. It didn’t reveal exact dates for the shipments.

Semete admitted that the incident with Johnson & Johnson’s jabs has had a significant negative impact on South Africa’s vaccine “rollout strategy.” South Africa registered some 1.7 million Covid-19 cases and over 57,000 deaths to date among its population of roughly 58.5 million people, but it had administered only 183,000 vaccine doses as of June 9, according to the WHO.

The Emergent BioSolutions facility in Baltimore was hit by a string of hygiene and contamination issues earlier this year. Back in April, the FDA expressed a series of health and safety concerns, arguing that conditions at the plant could compromise the safety of vaccines.

The reported issues included the personal hygiene of staff, inadequate training and a failure to keep surfaces clean. The probe was triggered by an earlier incident that saw 15 million Johnson & Johnson’s vaccine doses spoiled in an “ingredient mix-up accident.”

Last week, the New York Times reported, citing anonymous sources, that the FDA had ordered J&J to discard 60 million doses of the Janssen jab produced at the Baltimore site, due to their “possible contamination.” The US health watchdog, however, approved two other batches of J&J vaccine manufactured at the factory.