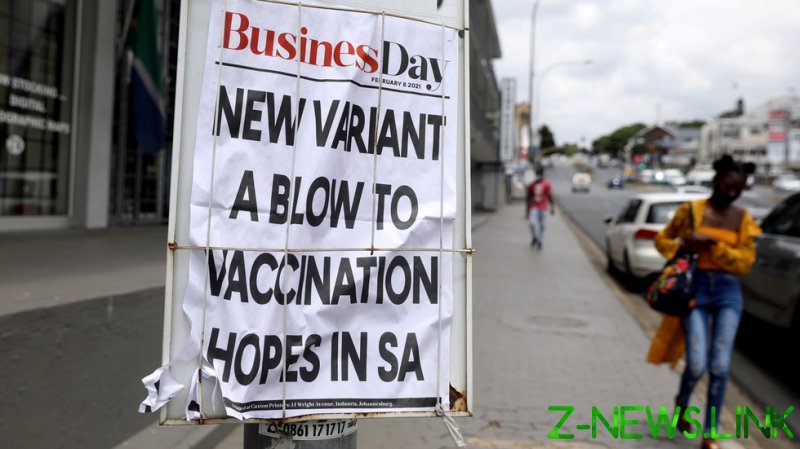 Speaking at a news conference on Wednesday, Health Minister Zweli Mkhize revealed the country was set to begin rolling out Johnson & Johnson’s vaccine next week.

The vaccination drive will come as an “implementation study” and will target the country’s health workers. So far, South Africa has secured only a small batch of the J&J vaccine, amounting to some nine million doses.

Depending on how the J&J solution fares against the local, extra-contagious strain of coronavirus, South Africa might sell or swap its stock of AstraZeneca vaccine, the minister suggested.

South Africa received its first million-dose batch of AstraZeneca jabs, manufactured by the Serum Institute of India (SII), last week. The haul received a warm welcome, with top officials including President Cyril Ramaphosa meeting it at an airport. The country is set to receive 500,000 additional doses of AstraZeneca in the weeks to come.

The rollout of the AstraZeneca jab was suspended over the weekend, however, after a study by South Africa’s University of the Witwatersrand and Oxford University showed disappointing results regarding its efficacy. The study, which has not yet been peer-reviewed, suggested the jab offers significantly less protection against the South African extra-contagious variant of the virus, as well as against mild cases of the disease.

While the study has been already criticized by some experts over its limited scope, AstraZeneca acknowledged its results. Still, the pharmaceutical giant said it was too early to draw final conclusions about its jab, expressing hopes that it at least “should work” against severe cases of the disease.

South Africa has recorded the most Covid-19 infections and deaths on the African continent, with its tally nearing the 1.5 million mark. More than 45,000 people have succumbed to the disease across the country. Still, the nation’s first continental place in the coronavirus ranking might partially stem from poor testing rates among many other African nations.