Home / WORLD / ‘Sounds like a hit show’: Mediaite sets off wave of confusion and mockery for describing CNN’s Don Lemon as ‘OPENLY BLACK’ 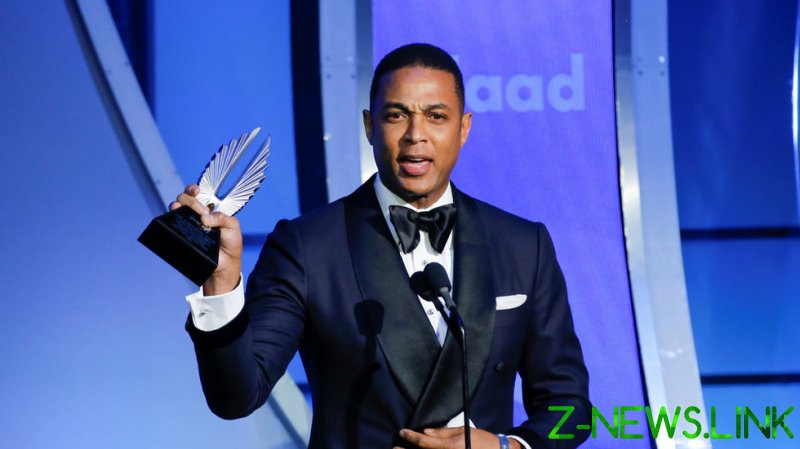 In the piece, titled ‘Don Lemon’s Remarks About Trump Voters and the Klan and Nazis Are a Slap in the Face to 74 Million Americans,’ author Tommy Christopher broke down a viral discussion between Lemon and colleague Chris Cuomo on the recent US Capitol.

It was a quick description of Lemon, though, that got social media circles stirring.

Describing Cuomo asking Lemon to respond to critics saying the Capitol rioters don’t represent all Donald Trump supporters, the piece reads, “Lemon — who is openly Black — responded by telling Cuomo that ‘if you are on that side you need to think about the side you’re on.’”

Lemon went on to compare Trump’s “side” to the Ku Klux Klan and Nazis, a comment that has earned him plenty of pushback from conservatives.

Social media users spent more time debating what exactly “openly Black” is more than they did Lemon or Christopher’s points.

“What is ‘openly black’ …??” Washington Post reporter Eugene Scott tweeted. He followed up with a seeming dig at Mediaite, writing, “hire black editors.”

The article actually does dive into the phrase towards the end when Christopher writes that he referred to Lemon as “openly black” because “that fact adds to the sting of an already painful statement.”

The explanation wasn’t enough for critics like Scott who wrote in a followup tweet that “If people don’t understand a phrase you’re using to describe a particular group of people — especially people in that group, it’s not their fault that they don’t understand it. It’s yours.”

Others humorously professed themselves to be “openly black.”

Mediaite editor Colby Hall responded by saying the phrase is meant to be “satirical” and Lemon being described as such “gives weight to his perspective on this issue. The piece was written in support of Don Lemon, who I should note posted it on Twitter approvingly.”

Lemon did share the article and seemed to respond to the ruckus in good spirits with one tweet showing a crying face emoji to a tweet from a fellow journalist utterly confused by the phrasing.