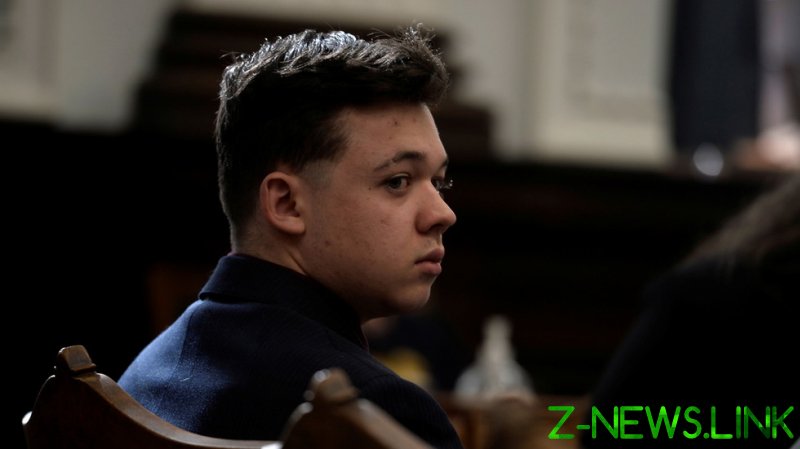 Controversy over skin color arose after the 12 jurors and eight alternates for Rittenhouse’s murder trial in Kenosha, Wisconsin, were selected on Monday. Media reports indicated that only one member of the 20-person jury group was a “person of color.”

“White supremacy is a hell of a drug,” self-described “Resistance” activist Andrea Junker tweeted on Tuesday.

Rittenhouse, then 17, was charged with murder and reckless endangerment, among other crimes, after killing two men and injuring a third at an August 2020 Black Lives Matter riot in Kenosha. Lawyers for the teenager have argued that he acted in self-defense after he was attacked while trying to protect lives and property. Prosecutors say Rittenhouse instigated the violence after coming to a protest with an assault rifle.

According to a 2019 estimate by the US Census Bureau, more than 87% of Kenosha County’s population is white. The names of potential jurors are drawn randomly from the county’s voter rolls.

Both prosecutors and defense lawyers get to disqualify prospective jurors who they think will hurt their cause. Nevertheless, online critics have claimed there was racial bias and conspiracy in the jury selection, with BLM supporter Jack Brown calling its racial makeup a reflection of “white supremacy in America.”

Others pre-judged that Rittenhouse will be wrongly acquitted because of the jurors’ skin color. In fact, some observers have long been making that argument on speculation. Author Magnus Anton said in August 2020, just one day after Rittenhouse was arrested, that the suspect would escape conviction because of race. “This is how justice works in a white supremacy. If you’re a proud white patriot, you get the breaks,” he said.

Rittenhouse and his three alleged victims are all white. Even so, some observers have argued that the Kenosha protests stemmed from a black criminal suspect, Jacob Blake, being shot in the back by a white policeman, so it’s not fair for a white-dominated jury to decide Rittenhouse’s case.

Other observers predicted that there may be more riots if the largely white jury acquits Rittenhouse. “Very telling,” one commenter said of the jury selection. “Kenosha may be seeing more unrest by the time it is all over. Brace yourselves.”

Democrats have been trying to frame the white-on-white Rittenhouse shootings as racist since last year. Even Joe Biden’s 2020 presidential campaign tarred Rittenhouse as a white supremacist, although media outlets have failed to find any indication in the teen’s social media posts or otherwise that would link him to racism.