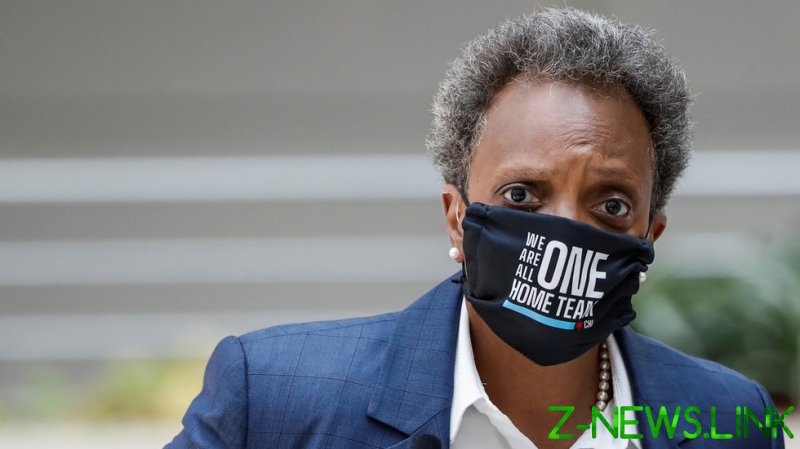 The announcement by Lightfoot’s office that she would grant interviews ahead of her May 20 mid-term “only to Black or Brown journalists” drew heavy criticism online.

“I am a Latino reporter… whose interview request was granted for today,” Gregory Pratt of the Chicago Tribune tweeted on Wednesday. “However, I asked the mayor’s office to lift its condition on others and when they said no, we respectfully canceled. Politicians don’t get to choose who covers them.”

Responses to his tweet were near-universally positive – and pointed out that Lightfoot was literally engaging in discrimination of the kind that has been prohibited in the US since the 1960s.

“[If] a white mayor only allowed to be interviewed by a white reporter the world would be outraged. wrong is wrong no matter who does it. this is discrimination,” said another, an online #Resistance activist no less.

“This is what systemic racism looks like,” quipped populist journalist Ryan Girdusky.

Lightfoot responded by doubling down in a series of tweets on Wednesday morning. Saying she ran for mayor to “break up the status quo that was failing so many,” she argued it’s “a shame that in 2021, the City Hall press corps is overwhelmingly White in a city where more than half of the city identifies as Black, Latino, AAPI or Native American.”

“Diversity and inclusion is imperative across all institutions including media. In order to progress we must change,” she added. “This is exactly why I’m being intentional about prioritizing media requests from POC reporters on the occasion of the two-year anniversary of my inauguration as mayor of this great city.”

“We must be intentional about doing better,” Lightfoot concluded. “It’s time for the newsrooms to do better and build teams that reflect the make-up of our city.”

Lightfoot famously leveraged identity politics in her 2019 campaign for mayor, positioning herself as the first openly lesbian African-American woman to run a major US city and defeating fellow African-American Democrat Toni Preckwinkle in a runoff election.

Chicago was previously run by President Barack Obama’s former chief of staff Rahm Emanuel – the city’s first Jewish mayor – who abruptly announced in September 2018 that he would not be seeking a third term. He had appointed Lightfoot to the Chicago Police Board in 2015, which served as the springboard for her candidacy.

Over the past year, Lightfoot has faced criticism for her handling of the Covid-19 lockdowns as well as the rising tide of crime, violence and rioting. This has led some critics to speculate that her “diversity” media stunt is intended to distract reporters from her “failure to keep campaign promises” or the “enormous increase in homicides, almost all of them in African American or Latino communities.”