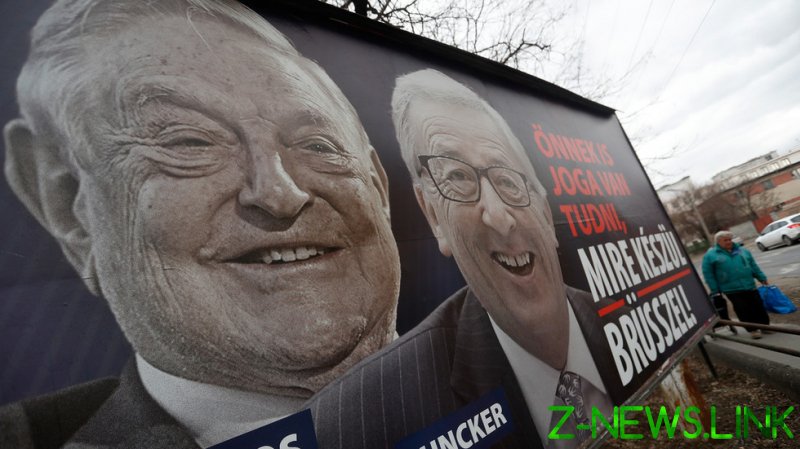 Billionaire investor and major political donor George Soros appeared to inadvertently drew parallels between the Nazis and the modern Ukrainian military in a blog post, in which he compared the current conflict to the 1944 siege of Nazi-held Budapest by the Soviet army.

In the post published on his website on Saturday, Soros called on the world to “stand with Ukraine, as they stand with us” before finding apparent similarities between the Russian military action in Ukraine and the the siege of Budapest, then a Nazi-held city, by the Soviet forces.

“Brave Ukrainians are now on the frontline and risking their lives in an onslaught that reminds me of the siege of Budapest in 1944 and the siege of Sarajevo in 1993,” the billionaire noted.

The message also appeared on Soros’s Twitter account, but was later removed after some of the users pointed to the uncanny parallels. The blog post is still accessible on Soros’ site as of Monday morning.

“It is important that both the transatlantic alliance (the United States, Canada, the European Union, and the United Kingdom) but also other nations do whatever is in their power to support Ukraine in its time of existential threat,” the Open Society Foundations founder wrote, accusing Russian President Vladimir Putin of ordering “a direct attack on the sovereignty of all States that were once in the Soviet Union, and beyond.”

The 1944 siege of Budapest saw the Hungarian city, at the time occupied by the Nazi military, surrounded by Soviet troops for months of grueling house-to-house combat. Soros, then 14, and of Jewish origin, later claimed that he was able to survive the Nazi occupation of his city only because his family managed to obtain Christian IDs.

Ordering a “special military operation” in Donbass, Russian President Vladimir Putin described Russia’s mission in the country as one of “de-Nazification” and “demilitarization”. The Ukrainian military is widely reported, including by the western media, to include far-right “volunteers” such as the Azov Battalion, who were seen sporting Nazi regalia on multiple occasions. 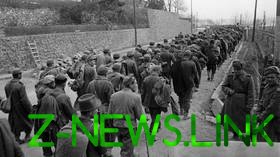 Facebook last week reversed its 2019 ban on praise for the far-right paramilitary force which is now embedded with the Ukrainian National Guard. The social media giant, however, said that the battalion would still be banned from posting or recruiting on Facebook.

While the Kremlin has accused Kiev of perpetrating genocide against the population of Donbass, Kiev countered that claim, insisting that Russia used it as a false pretext to launch a military offensive. In its appeal to The International Court of Justice on Sunday, Ukraine accused Russia of “planning acts of genocide” against Ukrainians. It fell short of providing any concrete evidence of the alleged war crime.