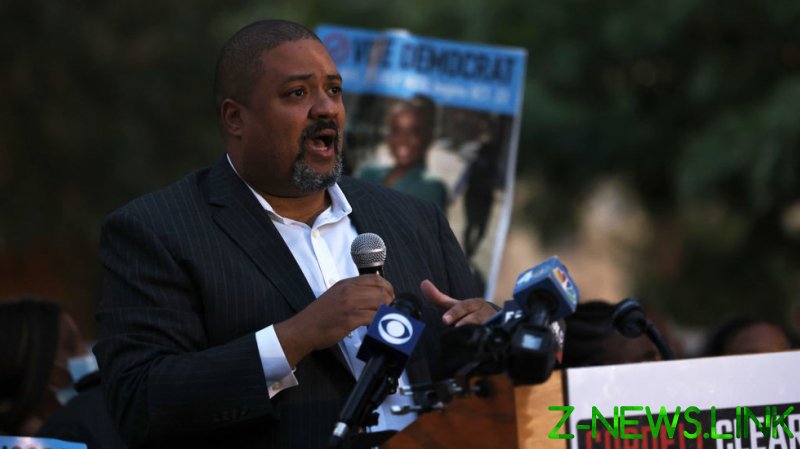 Manhattan District Attorney Alvin Bragg has used his first memo since taking office to direct prosecutors to quit sending criminals to prison in many cases and downgrade charges for such crimes as armed robbery and drug dealing.

Prosecutors in New York City’s most densely populated borough must no longer seek a “carceral sentence” except in a handful of cases, such as homicide, rape and major economic crimes, Bragg said on Monday in the memo. He added that assistant district attorneys also must weigh the impact of their sentencing recommendations on public safety, barriers to housing and racial disparities in incarceration.

Bragg joins a long list of district attorneys in major US cities who were elected with the backing of Hungarian-born billionaire George Soros, who reportedly gave up to $1 million to his successful campaign. And like other Soros-backed prosecutors, he’s trying to reform the criminal justice system by sending fewer people to jail and decriminalizing some lesser offenses.

But violent crime has surged under those policies in such cities as Chicago, which just suffered its deadliest year in a quarter century, and Philadelphia, where homicides hit an all-time in 2021. New York also has been plagued by rising violent crime, including murders and hate crimes targeting Asians.

Bragg demanded leniency for the most egregious violent crimes, banning prosecutors from seeking prison sentences exceeding 20 years. “The office shall not seek a sentence of life without parole,” the DA said, barring a punishment that’s typically reserved for such heinous offenders as terrorists, serial killers and people who rape and murder children.

And in many cases, Bragg’s office won’t even seek felony convictions, let alone prison terms. He ordered that charges be reduced to misdemeanors in such cases as armed robberies where a victim isn’t seriously injured and drug dealing. He added that prosecutors also must consider the suspect’s circumstances, such as mental illness, homelessness and poverty.

“These policy changes not only will, in and of themselves, make us safer; they also will free up prosecutorial resources to focus on violent crime,” Bragg said.

READ MORE: US is sleepwalking into a lawless future as another George Soros-backed DA takes over in Los Angeles

Police are already pushing back against Bragg’s reforms. “In Bragg’s Manhattan, you can resist arrest, deal drugs, obstruct arrests and even carry a gun and get away with it,” said Paul DiGiacomo, president of the New York Detectives Endowment Association. He added that by taking prosecution of many crimes off the table, the new DA “has made himself the police, the judge and the jury.”