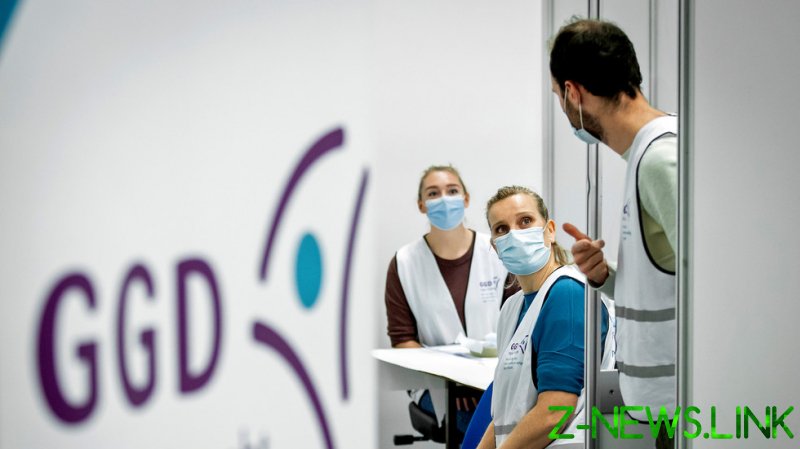 Two weeks after the start of the EU-wide vaccination campaign, not a single person has received the jab in the Netherlands, the last EU state to launch its immunization effort. The first Dutch national is expected to receive a vaccine on Wednesday.

Some 288,000 vaccine doses have been delivered to the Dutch central storage site as of Tuesday. Unlike neighboring Germany, the Netherlands is not suffering a shortage of doses, however Dutch authorities have not been ready to meet the highly specific storage and transportation requirements for the Pfizer and BioNTech vaccine, which must be kept at minus 70 degrees Celsius to remain effective.

The EU regulator’s approval of the jab, developed jointly by the US and German companies, seems to have come out of the blue for Amsterdam. “The main problem was that we got it sooner than we had expected,” Rutte admitted, adding that “it was a different vaccine (than we had expected) … making it impossible to be flexible.”

According to Dutch media, the Netherlands believed that the easier-to-handle AstraZeneca vaccine would be approved first by the EU regulator, and so built their vaccination strategy on the basis of small-scale centers that did not have the capacity to store the jabs at extremely cold temperatures.

The nation’s health minister, Hugo de Jonge, has admitted that the government “proved insufficiently agile” to adapt to the change, but blamed the blunders on mistakes that are “unavoidable” in a “crisis like this.”

The government is already facing harsh criticism from the opposition over its handling of the vaccination program. “It is not a strategy, but chaos – total chaos,” said Geert Wilders, the leader of the right-wing Party for Freedom, the main opposition party in parliament. He also called the government’s actions “outrageous” and branded his home country “the village idiot of Europe.”

Lodewijk Asscher, leader of the Labor Party, accused the prime minister of making excuses while lamenting the fact that almost “300,000 vaccines [are] in freezers and no one [has been] vaccinated.”

Another blow to the government’s policies seemingly came from the National Institute for Public Health, which said on Tuesday that the strict lockdown imposed by the authorities in mid-December apparently does not work.

“There are no convincing effects of the December 15 lockdown yet,” it said. The Netherlands closed all schools, bars, restaurants, theaters and other public places as well limiting gatherings in a bid to stop the spread of Covid-19.

According to the data, provided by the National Institute for Public Health, the number of new daily infections have slightly fallen since mid-December, when they reached the record number of over 12,000 people per day. However, they have still remained relatively high over the past week.

The Netherlands has reported a total of more than 845,000 confirmed Covid-19 cases and almost 12,000 deaths since the start of the pandemic, according to figures compiled by Johns Hopkins University.