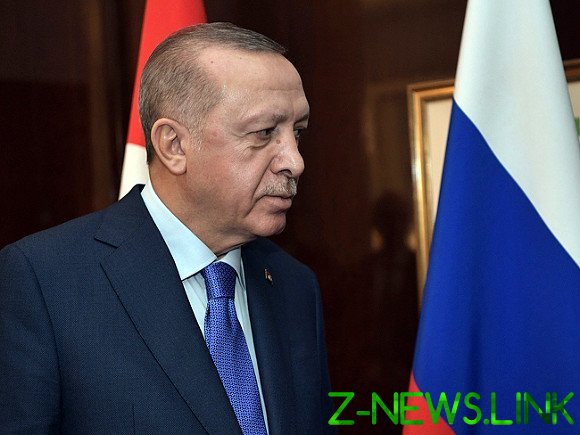 Turkish President Recep Tayyip Erdogan has accused Russia and the Syrian government troops in an attack on civilians. Russia denies it. Ankara intends to attack the government army out of Iglinskiy areas of de-escalation, if will be offensive. The Russian foreign Ministry said in response that Moscow and Syrian government forces strike only terrorist groups.

The rhetoric is beginning to resemble that which preceded the first “stab in the back” of the countless, which the Kremlin has received from the Turkish partners. Then the Turks also repeatedly warned and then shot down a Russian plane. Edification.

Today, Erdogan also said bluntly that Turkey would shoot down all aircraft over Iglinskiy area. Given the actions of the Russian aircraft, which are bombing towns and civilians, the statement looks quite convincing. Denials from our Ministry of foreign Affairs, you can safely ignore: the Russian logic is already decided long ago — who killed the terrorist.

Erdogan, of course, not too concerned about the humanitarian consequences of the Russian and Syrian attacks on civilians, but rightly suspects the partners that the bombings are intended to force civilians to leave and escape. To escape, except in Turkey, nowhere, and a million and a half new refugees is, of course, a threat. And very serious. And because the downed Russian plane in such a situation can be a viable solution.

Yesterday, incidentally, was shot down a Syrian helicopter peacefully bombing barrel bombs — totally indiscriminate weapon — the civilian population of the province. It is possible that this is the last warning before more drastic actions of the Turks. Be especially wary of them is not necessary — the response from the Kremlin in case of loss of the aircraft will be very asymmetrical — again ban tomatoes or something like that. Six months will tell bad things about Erdogan, then again there is a strong friendship.