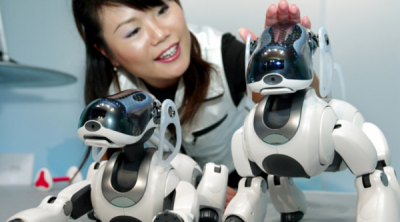 Mechanism with artificial intelligence will be the first project of the company after 12 years break.

According to sources familiar with the situation, a new version of the robot will connect to the Network, and its behavior will be as realistic as possible. Sony has decided to go back to the robotic field, and promises the customers to make available code OC robot dog so that it optionally can be reprogrammed. The market mechanism will appear in the next year. The project deals with the same group of engineers that assembled the robot Aibo.