Home / Science and technology / Sony cut the price of PlayStation 4

Sony cut the price of PlayStation 4 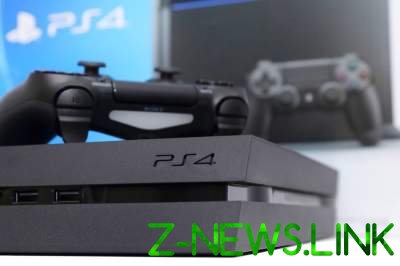 The current generation of gaming consoles entered the market in late 2013, that is a very long time. Since then, technology has leaped forward, and modern smartphones and tablets have become much more powerful and better in all respects.

However, the emergence of new consoles, the wait is still at least a year and a half, and because the interest of buyers to the old models began to decline, Sony soon will go on a desperate step, namely it twice will reduce the price of the PlayStation 4, thus making it much cheaper.

According to industry analyst Michael Pakter, who had previously repeatedly reported accurate information, a PlayStation 4 now is in low demand among buyers, because no one wants to buy it for a large sum of money, because it is outdated technically, but before the advent on the market of a new generation in less than two years. Therefore, according to the expert, in may and June of this year Sony will bring down the price of the PS4 is about twice.

So, if you now buy the Sony PlayStation 4 is available for $349 – $399, depending on model and country of purchase, soon to acquire it will be possible for only $200. This will greatly boost sales of the PS4 to the start of sales of game consoles of new generation. Moreover, according to the expert, the Japanese brand will be on a permanent basis to arrange various sales and special offers designed to offer anyone wishing to buy games at the lowest prices.

Taking into account the fact that the PS4 soon will cost only $200, and the best video games for it, including exclusives, can start to sell for $15, the console definitely will become much more attractive in the eyes of all buyers, because buying a Sony PlayStation 4 will be able to pass more than one thousand released for it games, buying them at the lowest price. If such measures will follow in the near future, sales of the current generation of consoles definitely is worse at some times, and it will happen by the autumn.