Song and dance in Zimbabwe to celebrate the President’s resignation. Video 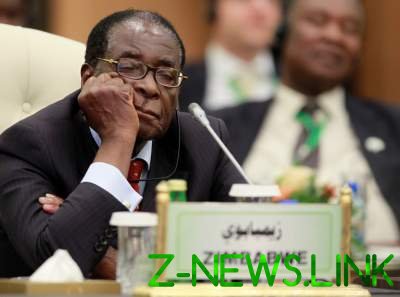 In Zimbabwe, dancing greeted the news about the resignation of Mugabe, it became known the name of his successor

On Tuesday, the speaker of the Parliament of Zimbabwe, Jacob Mudenda read a letter of President Robert Mugabe, in which he announced his voluntary resignation.

Former Vice President of Zimbabwe Emmerson Mnangagwa, who previously dismissed the longstanding leader of the country Robert Mugabe, in the next 48 hours is going to take control of the country. It is reported Associated Press with reference to the representative of the ruling party of Zimbabwe, ZANU-PF. Previously Mnangagwa urged Mugabe to leave his post. In his statement, the former Vice President said that while he is outside Zimbabwe and would return to the country only when he ensures safety. The candidacy of Mnangagwa as the leader of Zimbabwe supports ZANU-PF.

On Tuesday, the speaker of the Parliament of Zimbabwe, Jacob Mudenda read a letter of President Robert Mugabe, in which he announced his voluntary resignation. In response, members of Parliament were given a standing ovation and dancing in the legislature. Video obnarodovany YouTube-channel publication Meduza.

On the streets of the capital of Zimbabwe, Harare, began a holiday – the people came out singing and dancing, car drivers honked. Robert Mugabe led Zimbabwe for over 37 years.