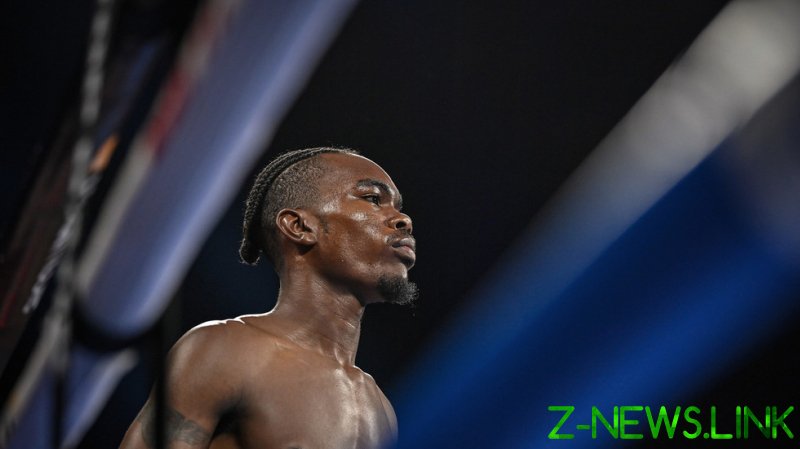 Boxing prospect Evan Holyfield, son of the iconic former heavyweight champion Evander, has lost his undefeated record after suffering a stunning second round knockout loss to journeyman opponent Jurmain McDonald – a part-time fighter who also works as an electrician.

The 24-year-old Holyfield was heavily favored to make easy work of McDonald, who came into the bout with a record of just 6-5 but Holyfield, who entered the ring with an unbeaten 9-0 career ledger, caught the up and coming fighter with a flush overhand right in the second round which sent Holyfield tumbling face-first to the canvas.

He appeared badly dazed and attempted to rise to his feet on the referee’s eight-count but the official called off the fight when he determined that Holyfield was unable to continue.

It was a stunning upset, with some oddsmakers offering prices of just 1/100 for Holyfield to claim what would have been a tenth career win. It was an astonishing win for McDonald, who trains only sporadically and is forced to fit his boxing training around his full-time job.

Holyfield, by comparison, is a full time professional boxer and undergoes high-level training as he attempts to forge a career similar to that of his world champion father.

Writing on social media after the loss, Holyfield congratulated McDonald on his career-best win and said that he is in good health despite the crushing defeat.

“Just want to thank everyone for the support, and congratulate Jurmain McDonald on the victory. Got caught with a good shot, but am blessed to be in good health,” Holyfield wrote on Instagram.

“Real champs get back up and continue the journey through this boxing. So farewell to my Mayweather fans and I’m back in the gym. Oh yeah, and God bless for keeping everyone safe!”

The defeat caps what has been a less-than-successful period for the Holyfield family.

Evander, 59, came out of retirement in September of last year for an exhibition bout against former UFC star Vitor Belfort in which he appeared well past his best as he was knocked out by the Brazilian mixed martial artist less than two minutes into the first round.